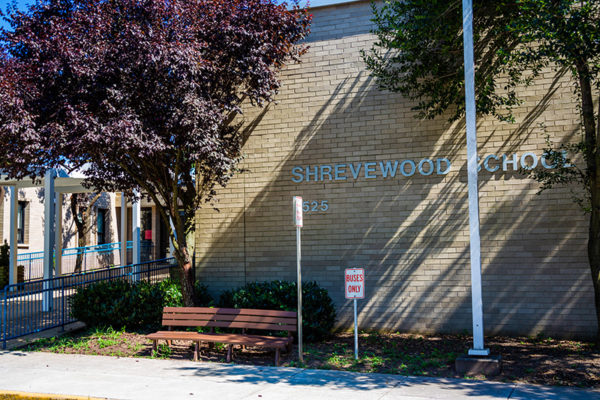 New crosswalks and other facility upgrades are coming to Shrevewood Elementary School in Falls Church, thanks to state grants that will fund road safety improvement projects in Fairfax County.

The Fairfax County Board of Supervisors voted unanimously on Tuesday (March 9) to accept $1.5 million from the Virginia Department of Transportation for three projects in the county’s Transportation Alternatives program, which focuses on infrastructure improvements that support walking, cycling, and other non-motorized forms of travel.

The Shrevewood Elementary project is part of VDOT’s Safe Routes to Schools initiative, a federally funded program intended to make it easier and safer for students to walk or ride their bicycles to school.

For the project, the Fairfax County Department of Transportation plans to add three new crosswalks outside of the elementary school (7525 Shreve Road):

FCDOT says these changes will improve access to Shrevewood from neighborhoods to the north. Shreve Road currently has no marked crosswalks within a half-mile of the school despite its proximity to many pedestrian and bicycle facilities, including the Washington & Old Dominion Trail, which runs parallel to Shreve Road and Virginia Lane.

“I know my community at Shrevewood Elementary will be thrilled to hear this,” Providence District Supervisor Dalia Palchik said during the board meeting. 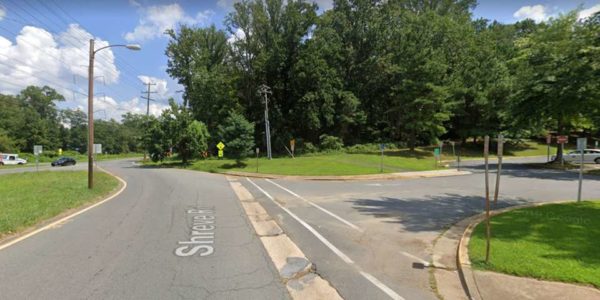 The Shrevewood Elementary project is part of a broad effort by transportation officials and community advocates to improve the safety of Shreve Road, particularly in the wake of a vehicle crash in 2019 that killed a pedestrian.

VDOT added two temporary, flashing beacons at the W&OD Trail crossing on Oct. 28, and a report with recommendations for additional short-term and long-term improvements in the Shreve Road corridor came out in late December.

Karl Frisch, who represents Providence District on the Fairfax County School Board, thanked Palchik and the other county supervisors for accepting the VDOT grant funding to move the Safe Roads to Schools project forward.

“The new signage, ground markings, and crosswalks coming to the Shrevewood community will help keep students safe and give parents peace of mind when their children walk or bike to school,” Frisch said.

The Commonwealth Transportation Board approved a $560,000 Safe Routes to Schools grant for Shrevewood Elementary in October. The grant requires a local match of $140,000, which will come out of Fairfax County’s Fund 40010 for county and regional transportation projects, according to county staff.

As part of the vote on Tuesday, the Board of Supervisors also authorized FCDOT to accept $160,000 for a Safe Routes to Schools project at Orange Hunt Elementary School in Springfield and $780,000 to add a sidewalk, crosswalk, and curb ramps on Columbia Pike between Backlick Road and Tom Davis Drive in Annandale.

The three projects will collectively require $375,000 in county funds to match the state grants. Design work will commence once county staff sign project agreements with VDOT.

Read more →
More Stories
Morning NotesPoll: Which COVID-19 vaccine would you take, if given a choice?