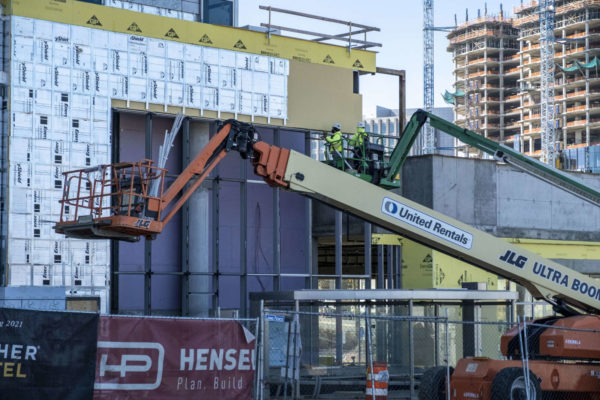 (Updated at 9:20 a.m.) Fairfax County Gets New General Registrar — “The Fairfax County Electoral Board appointed Scott O. Konopasek as the county’s new general registrar and director of elections at its March 11, 2020, meeting. He will lead the Fairfax County Office of Elections following the retirement of the current registrar Gary Scott who has worked in the office for the past 24 years. Konopasek’s tentative starting date is April 19.” [Fairfax County Government]

Metrobus to Expand Service Starting March 14 — Metro will increase bus service to 80% of pre-pandemic levels starting next week to accommodate increased ridership demand. Some routes, including Route 28A between the Tysons and King Street-Old Town Metro stations, will have service completely restored to pre-pandemic levels, while others will get supplemental buses or have weekend service restored. [WMATA]

Tysons One East Developer Joins Expansion of The Boro — The D.C. developer Akridge has partnered with The Meridian Group on its plans to expand The Boro in Tysons with additional mixed-use development. Akridge is also behind the Tysons One East tower that Fairfax County approved last year for Old Meadow Road near the McLean Metro station. [Bisnow]

McLean Student Wins State Journalism Competition — “McLean High School senior Marina Qu has been named the 2021 Virginia Journalist of the Year by the Virginia Association of Journalism Teachers and Advisers. Qu serves as editor-in-chief of The Highlander newsmagazine and The Tartan literary magazine; she has been on both publications’ staff for three years.” [FCPS]

FEMA Gives Virginia Funding for COVID-19 Vaccinations — “The Federal Emergency Management Agency awarded $38.6 million in funding to support COVID-19 vaccination efforts in Virginia. A grant of $1,814,688 will be used to pay for staff needed to administer vaccines, while a grant of $36,750,003 has been made available to establish a number of mobile vaccine sites across the state.” [Patch]

Vienna Decks Out “Love” Sign for St. Patrick’s Day — “Friends of the Washington & Old Dominion Trail Trail Patrol volunteer was kind enough to pose for this. #LOVEViennaVA sign has been decorated for St. Patrick’s Day, so snap away #spring #March.” [Town of Vienna/Twitter]