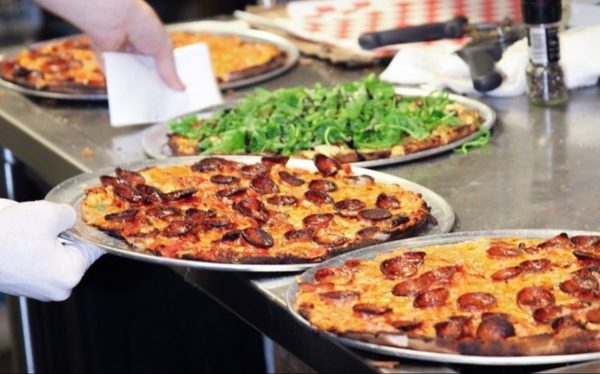 After months of anticipation, the pizza eatery Union Pie is finally open at Jammin’ Java in Vienna.

Union Pie specializes in thin-crust, bar-style pizza, according to its website, which added that the menu offerings at this new location will be similar to other locations through the D.C. area.

To celebrate, Union Pie and Jammin’ Java are hosting a social distance grand opening this Saturday (May 30) from noon to 9 p.m., according to the Facebook event page.

“Dear friend and supporter — inspired and motivated to create some type of lifeline during this difficult time for all small businesses, we’re thrilled to announce that we are officially opening another location of Union Pie right inside the front door of Jammin Java,” the event page said.

People will be able to pick up sample alcoholic premade drinks and menu items at the party, according to the page.

Jammin’ Java, a local concert and event venue, was previously home to a South Block smoothie joint, but the owners decided to switch up culinary offerings, according to a Union Pie spokesperson.

Anyone interested in trying the food before the grand opening event can order online.