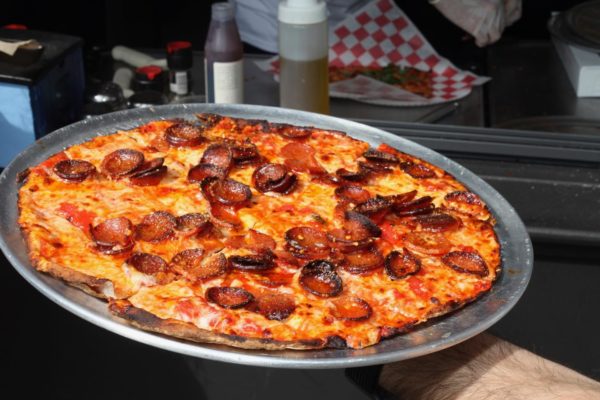 Union Pie will be expanding to Vienna roughly a year after opening its original stand-alone location at the Wharf in D.C.

The eatery’s new location will take over the soon-to-be-former spot of South Block at Jammin Java (227 E. Maple Avenue).

Union Pie specializes in thin-crust, bar-style pizza, according to its website.

The location is expected to open by late February or early March, according to Lana Mahmoud, a spokesperson for Union Pie and Jammin Java.

“We are looking at adding a few smaller items to supplement the menu, but the pizzas will remain identical,” she said. “Those won’t change anytime soon.”

Mahmoud said that the owners hope that there will be a “quick 48-hour transition” between the time South Block leaves Jammin Java and Union Pie moves into its place.

Both Union Pie, Jammin Java and its affiliate Union Stage are owned by the three Brindley brothers who opened Jammin Java in 2001.