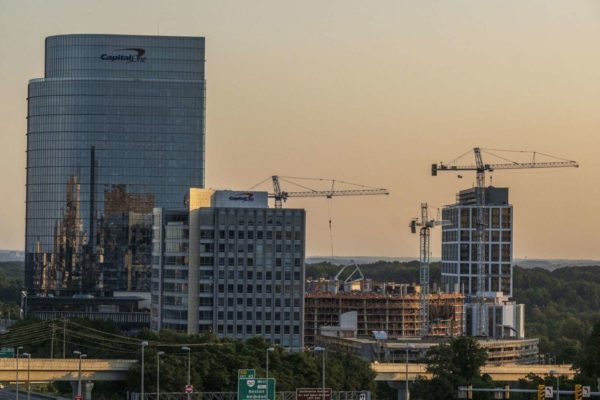 As the Tysons plan reaches its 10-year anniversary, Supervisors John Foust and Dalia Palchik spoke candidly to the McLean Citizens Association last night (Wednesday) about some of the challenges facing the Tysons plan today.

While many of the issues were Tysons-specific, they are also challenges the entire region faces as Northern Virginia becomes more urbanized:

For some of these, the recent pandemic has both brought the issues into focus and helped present new opportunities.

“One of my favorite topics is walkability,” Palchik said. “[We’re] looking now at how we make Tysons more walkable.”

Palchik pointed to a recent success in temporarily closing a section of Tysons Blvd to allow for more cycling and walking. Palchik pointed to it as a step in the right direction, but said it also took a lot of work to make it happen.

“It took a month to get Fairfax and the Department of Transportation to agree on a location,” Palchik said. “I hope to see more flexibility to create a sense of place.”

Palchik pointed to the planned pedestrian and bike bridge going over the beltway as another upcoming walkability success. Tysons is also slated for more investments to connect the blooming city’s street grid.

“Sometimes, new streets can feel in conflict with existing conditions, but [we’re] trying to make it more walkable,” Palchik said. “Change can be hard, but we’re looking at the upsides and really listening.”

Palchik and Foust both repeatedly praised the foundation of the Tysons plan, but said there are things that need tweaking.

“One issue that continues to bother me is the fact that we don’t have a plan for delivering school facilities in Tysons yet,” Foust said. “We have gotten a proffer of land for an elementary school. That’s an issue that’s going to head up, going forward.”

Palchik said the county needs to be more flexible on how schools are built, for example, building smaller schools with less grade levels than traditional elementary, middle, and high school models.

“We’ve been working on proffers, because the county can’t buy land,” Palchik said. “We’re looking at being more flexible, knowing this area is urbanizing. Can we get five acres? Can portions of development be dedicated to classrooms?”

Foust said another issue that’s really been prevalent during the pandemic is the lack of affordable housing in the area.

“Our challenge is delivering housing for 80% below and 60% below [Area Median Income],” Foust said. “We’re working on that challenge to increase the amount of housing that is truly affordable.”

“COVID, if nothing else, has opened up our eyes to who is truly our essential workers, and they’re not the people making the income that can put you in a luxury apartment in Tysons,” Foust said. “They’re the kind of people working in the department stores and grocery stores, the service providers, and they deserve to live in the community where they work.” 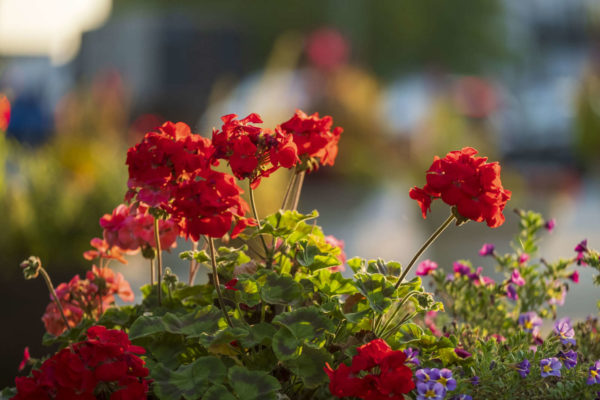 Tysons-based Credit Union Raises $585,000 for Military Veterans — “The PenFed Foundation joined over 75 community and business leaders to raise over $585,000 to support veterans and the military community at the 17th annual Military Heroes Golf Classic on Monday, September 21st.” [PenFed]

Behind the Scenes of Library Book Selection — “Have you ever imagined what goes into the library’s decision to buy a book? Collection Services is the department at Fairfax County Public Library that selects and orders library materials.” [Fairfax County] 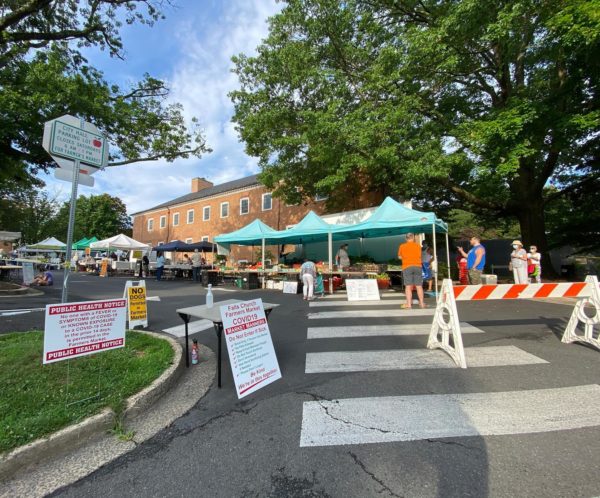 Northern Virginia is rolling back COVID-19 restrictions on businesses as residents are under a “safer at home” recommendation. As the weather continues to warm up and more people head outside, people are finding limited transportation options.

Silver and Orange Line stations west of Ballston are currently closed for summer work. Meanwhile, work is underway to revamp I-66 with lane closures and 30-minute stoppages in the Vienna area.

In late May, staff photographer Jay Westcott captured what transportation looks like now in Tysons: cyclists and pedestrians along the W&OD Trail in Vienna and closure signs at the Tysons Corner Metro station.

Westcott spotted a dog named Cora watching her owner Chad exercise in the parking garage at Tysons Corner Center. He photographed Leesburg Pike, almost empty of cars, by the malls and empty parking garages around Tysons.

Let us know how you’ve been getting around Tysons and if the pandemic has impacted your transportation choices by commenting below. 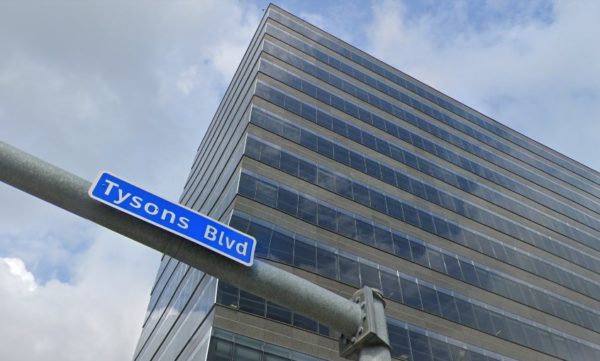 With sunnier and warmer days ahead, a portion of Tysons Blvd is poised to become a space for cyclists and pedestrians looking for more room to social distance.

Robin Geiger, a spokesperson for the Fairfax County Transportation Department (FCDOT), mentioned the plans during a town hall with county officials yesterday.

“We’re going to close a portion of Tysons Blvd to allow for safer biking and pedestrian access for exercise, to increase social distancing, so people can get around Tysons,” Geiger said.

The upcoming closure is part of a pilot project with Tysons Partnership, the Virginia Department of Transportation (VDOT) and the Fairfax Alliance for Better Bicycling, Geiger said. While Geiger did not say when the partial road closure is expected or which portion will be closed, she said that FCDOT will announce more information soon.

Providence District Supervisor Dalia Palchik praised the project, saying that “it does take quite a bit of coordination” for the county and VDOT to work on road projects.

Closing roads to give cyclists and pedestrians more space during the pandemic has been gaining traction around the U.S., WAMU reported.

“I know bikes are being sold quite a bit these days,” Palchik said, adding that “we take this opportunity to improve our bikeability and walkability.” 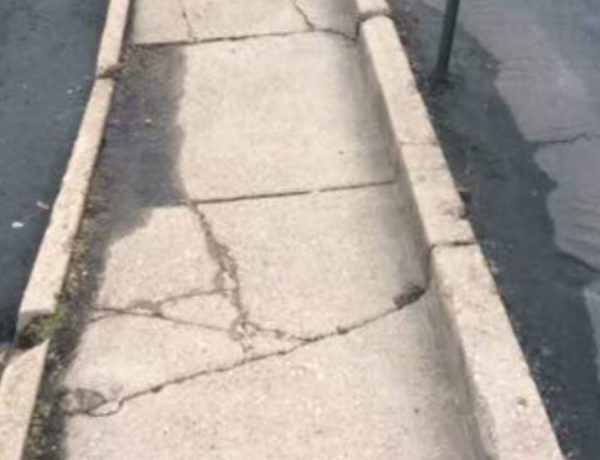 Foot traffic in McLean will soon have a clearer path thanks to a new project updating several sidewalks.

Around 13,000 square feet of sidewalk at 250 locations around McLean will be updated, according to a press release. The updates are a part of a McLean Community Revitalization District project.

Backing the project, Dranesville District Supervisor John Foust said walkability is one of his priorities.

“These repairs will extend the useful life of our infrastructure and make it safer for our community to conduct business, run errands, recreate, and enjoy exploring downtown McLean,” Foust said in a press release.

The area around the intersection of Old Chain Bridge Road and Old McLean Village Drive is one of the places slated to receive a sidewalk facelift, according to the press release.

Sidewalks were chosen for the project based on criteria including excessive cracks, severe cross slopes and missing sections.

“Over the last few years, several other infrastructure improvements have been made in the area to make McLean a more walkable and bikeable community,” the press release said.

Construction was expected to begin in April and will likely be finished by the end of June, depending on the weather, according to the press release. 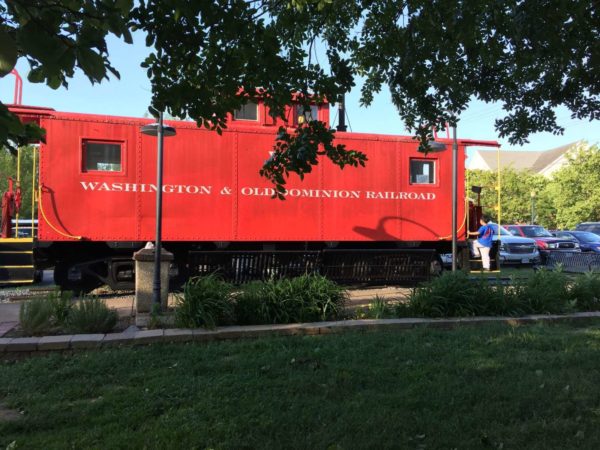 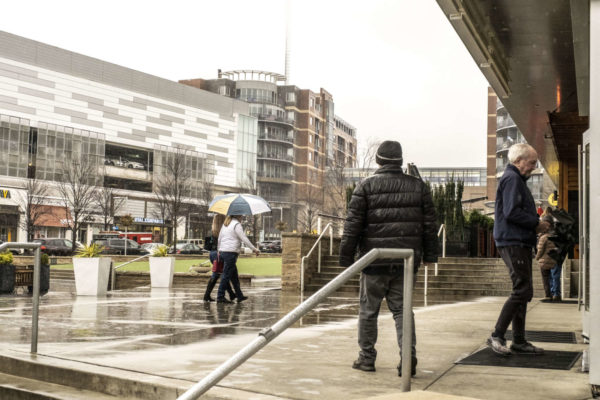 Remembering a McLean Teacher — “Rita Olson, beloved music and science teacher at The Country Day School, has passed away. After a courageous battle with cancer for the past six months, Rita passed away peacefully early Saturday morning.” [Patch]

Business Leaders Say School Matters — “Business and nonprofit leaders gathered for the Northern Virginia Chamber of Commerce’s Regional Economic Outlook event last week had one thing on their mind: keeping the region’s workforce growing for the area’s expanding businesses. To do so, they said, two things will be necessary — regional collaboration and high-quality education.” [Inside NoVa]

Tysons Restaurant Lands “Most Romantic” List — “A handful of Northern Virginia and D.C. restaurants are on the OpenTable ‘100 Most Romantic Restaurants in America for 2020’ list” including Eddie V’s at 7900 Tysons One Place. [Patch]

How Can Tysons Become Walkable? — “Tysons is evolving from suburb to city, but try to walk around and it still feels disjointed, with very long walks from one block to the next. Filling in these spaces is a growing network of non-street paths, including elevated walkways and mall promenades.” [Greater Greater Washington]

My kids spent most of the weekend outside enjoying our early spring — thanks Punxsutawney Phil!

I grew up in Upstate New York, so I’m no stranger to cold winter weather, but I will admit I don’t mind these mild January/February days! We live in an area that’s covered in secret wonders to explore, whether by yourself, with your dogs, or with you family.

There are some great options to get outside, walk off that Superbowl Hangover, keep up with your New Years resolutions and keep everyone sane from feeling cooped up inside.

Here are some of my favorite walking trails near Tysons:

Did I miss your favorite hidden spot? Share it with me below! 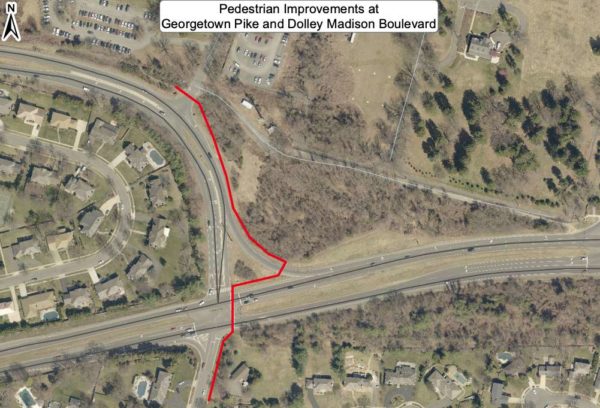 New walkways are coming to McLean this year.

Dranesville District Supervisor John Foust said in a newsletter that work on a rectangular rapid flash beacon at Chain Bridge Road and Wasp Lane is expected to be finished in March.

Then, a walkway will get constructed on the south side of Dolley Madison Blvd from the intersection of Great Falls Street and Lewinsville Road to the McLean Metro station. That work is slated to get done in April.

Other walkway projects expected to finish in April include, according to the newsletter:

Finally, a walkway coming to the south side of Chesterbrook Road, spanning from Chesterford Way to Maddux Lane, is set to get completed in August.