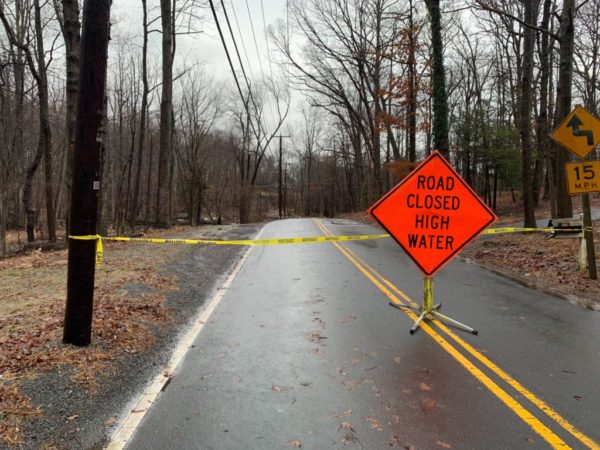 COVID-19 Results in More Subdued Black Friday — “It’s definitely not as busy as last year,” said Todd Putt, a spokesman for Tysons Corner Center in Virginia, one of the country’s busiest shopping malls. “A lot of sales have already been going on for a while so people don’t feel the same pressure to come out and shop on Black Friday.” [The Washington Post]

Founders Row Loses Prospective Movie Theater — “The Studio Movie Grill that promised to bring multiple movie theater screens to the project has declared bankruptcy and won’t be filling its much-anticipated role in the center of the Falls Church commercial district.” [Falls Church News-Press] 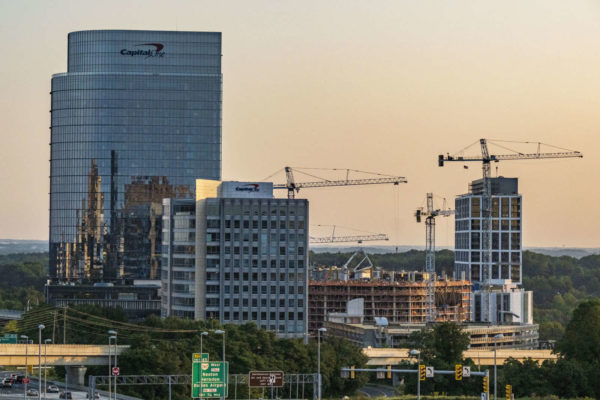 Post Office Collection Box Thefts Reported in Vienna — “The incidents impacted collection boxes at Church Street and Lawyers Road, which is near the Vienna U.S. Postal Service location at 200 Lawyers Road NW. According to the police department, the most recent incident occurred overnight on Nov. 22 to 23.” [Patch]

Tysons Corner Center is making the best of the holiday season with socially distanced, masked versions of traditional mall festivities.

“It’s no secret that 2020 has been a difficult year, especially among food and beverage, retail, and service-based sectors,” Todd Putt, the mall’s marketing director, said.

But the shopping center is moving forward by focusing on seasonal activities, new store openings, and other initiatives, Putt says.

There are many new events on the roster, but customers will recognize one familiar tradition: Santa.

“Everyone is looking for something that feels normal, and Santa in malls is one of those traditions that people associate with normal,” Putt said. “We didn’t want to give it up. We wanted to have it fit the moment and focus on the health of our guests.”

Santa will be seated at a distance from his guests with a physical barrier. Guests will be asked to wear masks, and hand sanitizing stations will be plentiful. Reservations are recommended, but not required.

From Friday, Nov. 27 to Dec. 31, guests will also be able to meet and greet The Grinch in his cave next to A Christmas to Remember, one of the new stores in the mall. Admission includes a free printed photo and a collectible Grinch ornament.

After Santa and The Grinch, shoppers can visit stores that have been reopening since the summer, with some opening as recently as two weeks ago. New brands include Purple Mattress, Elite Jewelers, Brow and Body Spa, A Christmas to Remember, Tailor on Tap, Lids, See’s Candies, Neuhaus Chocolate, Therabody, and Tonal.

Some — such as Purple Mattress, Therabody and Tonal — are digital brands that are just starting to have brick-and-mortar locations, Putt said.

“There is something to be said about a physical retail presence, and brands recognize that,” he said. “It’s a great way to communicate about their brand.”

Tysons Corner will also be awarding $500 to a deserving person who stepped up for their friends, family, or community during this year. Those who nominate someone could win $500. END_OF_DOCUMENT_TOKEN_TO_BE_REPLACED 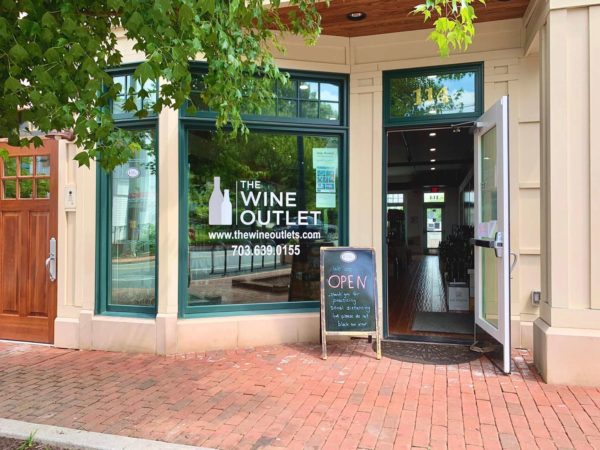 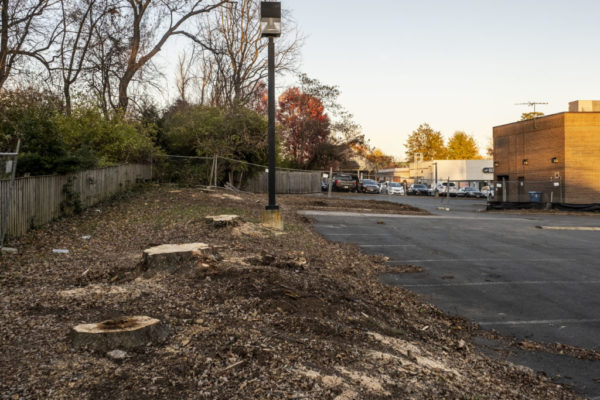 Routine Maintenance Closes Parts of Clemyjontri Park — “While some sections are closed, others will remain open and the work will rotate throughout the playground from Sat., Nov. 21 through approximately Fri., Dec. 4, 2020.” [Fairfax County Park Authority/Twitter]

Tysons Sheraton Liquidation Sale Shows Impact of Pandemic — “[Virginia Restaurant, Lodging and Travel Association Eric] Terry estimated 20 Virginia hotels closed on a temporary basis during the pandemic, and although most have since reopened, the outlook is bleak. More hotels may follow the Sheraton’s path.” [DCist]

Social Distancing Santa Offers Sense of Normalcy — “The Wells were among a stready stream of families entering Santa’s Headquarters at Tysons Corner Center Friday night with a reservation in hand for their annual picture with Santa Claus.” [ABC7-WJLA]

Pandemic Pushes Key Retailers out of Founders Row Project — “Business casualties from the coronavirus pandemic hit home for the City of Falls Church, with major retailers in hybrid theater-restaurant Studio Movie Grill and City Works restaurant both backing out of their commitment to the Founders Row Development due to financial troubles.” [Falls Church News-Press] 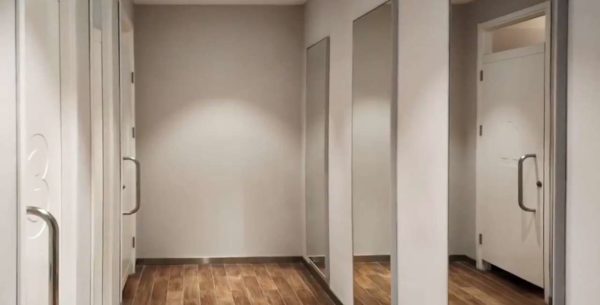 A man is now facing charges for unlawfully filming people at the Nordstrom in Tysons Corner, Fairfax County police announced this morning (Friday).

The Fairfax County Police Department says it first learned about possible unlawful filming at the store after a janitor reported finding a concealed video camera inside a bathroom on Oct. 24.

A woman then reported on Nov. 7 that she had been illegally filmed while in a dressing room, prompting the FCPD’s Tysons Urban Team to launch an investigation.

Officers arrested a man identified as Gerson A. Rosales Miranda of Woodbridge on Nov. 14 after Nordstrom alerted police that an unidentified woman who investigators had linked to the two reported incidents had returned to the store.

Officers searched the area and found Rosales Miranda “disguised as a woman.” Major crimes bureau detectives confirmed that he was responsible for the Nov. 7 incident, according to the department.

Rosales Miranda has been charged with five counts of unlawful filming with additional charges pending the outcome of the continuing police investigation. He was given a $2,500 bond.

“The investigation is ongoing and we will provide updates regarding charges and victims at a later time,” the FCPD public affairs bureau said when asked for more details about the number of incidents involved in the case.

This is not the first time that unlawful filming has been reported at Tysons Corner Center.

The FCPD also charged a man from Maryland with unlawful filming and trespassing on Dec. 14, 2019 after he was seen recording two women at Tysons Corner Center.

A Tysons Corner Center spokesperson says the mall has no comment on the current case, noting that the FCPD is leading the effort.

The FCPD has officers assigned to Tysons Corner, Fair Oaks Mall, and Springfield Town Center for anyone who needs assistance or sees “anything suspicious while out shopping this holiday season,” the public affairs bureau says. 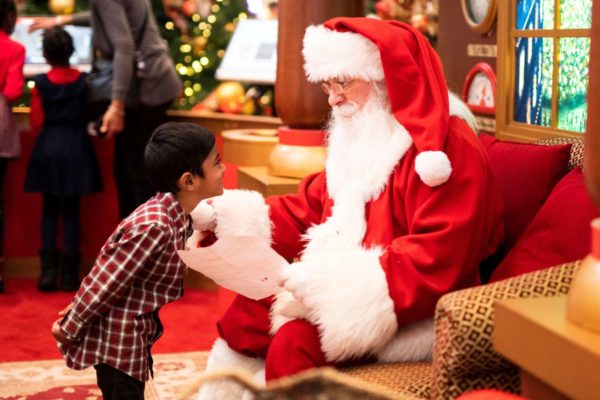 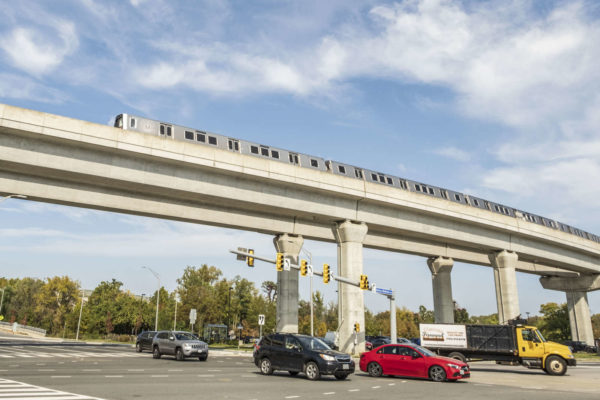 NoVa Leads State in COVID-19 New Cases — “There has been an uptick of cases in Northern Virginia for over a week and an increase in the southwest region during October.” [Patch]

Macerich Secures Loan for New Residential Tower in Tysons — “While reporting its financial results for the third quarter on Thursday, Macerich Co. (MAC), a self-administered real estate investment trust, said its joint venture has secured a commitment for a $95 million loan on Tysons Vita, the residential tower at Tysons Corner.” [Nasdaq] 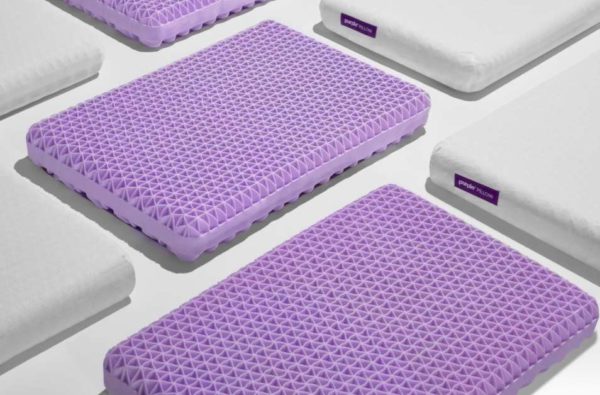 Purple is a company that specializes in cushioning products, like mattresses, pillows and seat cushions. The company is moving into BrandBox, an flexible area designed to feature a rotating set of smaller companies that don’t need a full store location.

“The store is full of amazing product and has been built out with top of the line technology and AI and is definitely something to see!” the company said in a press release. “The Purple team will be on-site to speak to the brand as well as the store.”

BrandBox is located on the first level of the mall, between Arhaus and Seasons 52. Purple joins Tailor on Tap as one of the pop-up brands filling the space after sitting vacant for months during the pandemic. 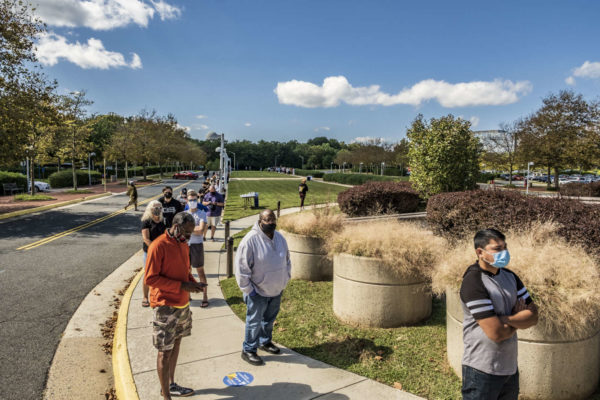 Cut Cable in Vienna Cancels Arlington Classes — “Our ISP notified us of a major fiber cut in Vienna causing a service disruption for APS. The vendor is working to restore service, but there is no estimate for restoration.” [Twitter]