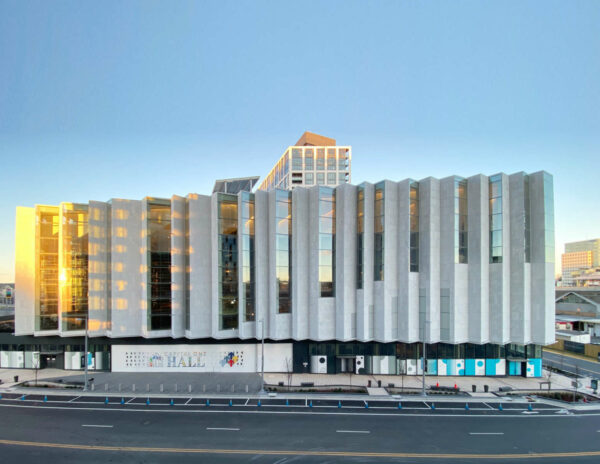 (Updated at 5:45 p.m. on 6/7/2021) Country singer Clint Black will perform at Capital One Hall early next year as part of the new Tysons performing arts venue’s first season.

Joined by his wife, singer and actor Lisa Hartman Black, Black will stop at Capital One Hall on Feb. 5, 2022 as part of their “Mostly the Hits and the Mrs.” nationwide tour, according to a press release from Pepper Entertainment Inc.

Capital One Center Manager of Marketing and Community Affairs Meghan Trossen told Tysons Reporter that this is the first Capital One Hall performance to be publicly confirmed. 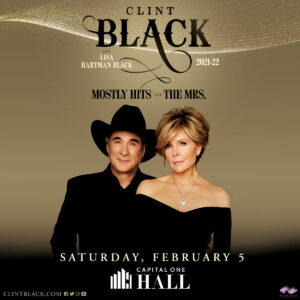 According to the event page, Black will perform in Capital One Hall’s main 1,600-seat theater. The venue will also feature a 225-seat black box theater called The Vault, classrooms, and other event spaces.

“We are thrilled to announce Clint Black’s performance at Capital One Hall, the first of many exciting announcements to be made in the coming weeks and months,” Capital One Center Managing Director Jonathan Griffith said. “Capital One Hall is the cornerstone of the broader Capital One Center development, and will host a wide-array of artistic programming and memorable events, providing a much needed cultural venue for the Tysons and  broader community.”

Scheduled to open in October, the hall is part of the 24.25-acre Capital One Center mixed-use development taking shape next to the McLean Metro station. The next segment of the development — The Perch, a skypark above Capital One Hall with a biergarten anchored by Starr Hill Brewery — is expected to open in July.

While Black is the first confirmed performer, ArtsFairfax President and CEO Linda Sullivan told Tysons Reporter in March that the nonprofit organization will hold its annual awards luncheon at Capital One Hall on Oct. 15, making it one of the venue’s first events.

The 2020 Arts Awards were canceled due to the COVID-19 pandemic.

The designated local arts agency for Fairfax County, ArtsFairfax has been collaborating with Capital One Center on the hall’s development since 2015 and is responsible for vetting the eligibility of local arts organizations that are interested in booking the main theater and The Vault.

The nonprofit recently closed an application period for Capital One Hall’s second season on May 1.

“I think this Capital One campus is really a tremendous asset for the county and for the arts community,” Sullivan said to Tysons Reporter in March. “I mean, it’s going to bring more cultural programming and activity and people to Tysons, and it’s going to give the arts community a high-end, state-of-the-art facility to grow their program and audiences.”