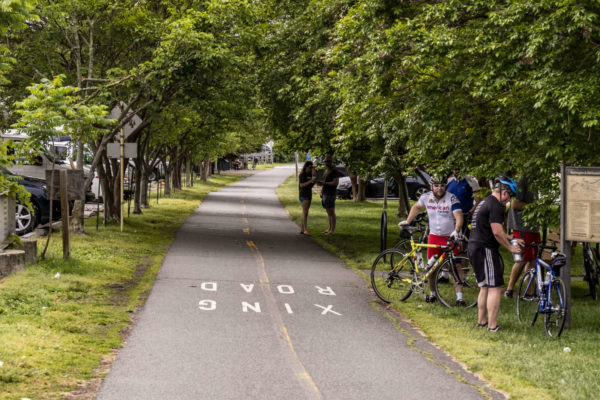 All of the incidents happened Monday (June 29) on the bike trail. Around 1:40 p.m. near the Vienna Community Center, a woman said a man on a bicycle hit her butt with his hand as he rode by before doing the same thing to a girl riding a bike, according to the police recap.

Police were not able to find the man after searching the area, according to the recap.

Then at 8 p.m., a similar incident happened near the 800 block of Follin Lane SE. “On June 30, a resident reported that the previous night she was walking on the bike trail when an unknown man approached her on a bicycle and struck her on her buttock with his hand,” the police recap said.

Juan Vazquez, the spokesperson for the police department, said it’s too soon to tell if the incidents involved the same man or not. Vazquez declined to offer suspect descriptions from the incidents. 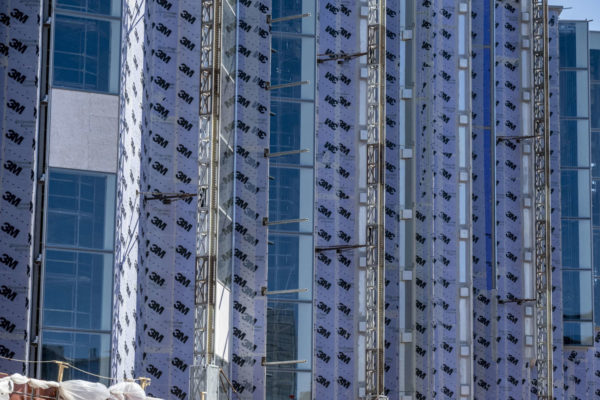 Police Make Arrest in Assault Along W&OD Trail — Falls Church police arrested a 23-year-old man from Stafford for allegedly pursuing a woman along the W&OD Trail on Saturday, May 9. [City of Falls Church]

Metro May Limit Operations Until 2021 — “As states start to reopen their economies, Metro has crafted its plan to slowly ramp service back up — but don’t expect pre-pandemic levels of service until sometime in early 2021.” [DCist]

FCEDA Head Tapped for COVID-19 Group — “Victor Hoskins, President and CEO of the Fairfax County Economic Development Authority (FCEDA), is one of 45 experts tapped to serve on the Washington, D.C.-area’s COVID-19 Strategic Renewal Task Force. Hoskins is the only member on the task force representing one of the region’s economic development organizations.” [Fairfax County Economic Development Authority]

Stuff the Bus is Back — “On Saturday, May 16 and Tuesday, May 19, from 10 a.m. to 3 p.m. Fastran buses will be parked at locations throughout Fairfax County and the City of Fairfax to collect food donations. However, unlike past years, the buses will not be parked in grocery store parking lots.” [Fairfax County]

U.S. Census Response in Fairfax County — “As of Friday (May 9), Fairfax County’s self-response rate is 72.7% — well above Virginia’s overall rate of 63.5%, according to census data.” [Reston Now]

The Vienna Police Department has recently been dealing with alleged crimes connected to the coronavirus.

The first incident involved a cyclist and a boy along the W&OD Trail around 6 p.m. on Sunday (March 15).

A juvenile reported that he was on the bike trail near the Whole Foods Market with his friends when he sneezed. A cyclist who was riding by stopped his bicycle and began yelling at the juvenile about the pandemic. The man grabbed the juvenile by the sweatshirt and shook him, then left the area westbound on the trail.

Separately, the police department received several reports from residents about two men who allegedly claimed to be from the Centers for Disease Control and Prevention (CDC) or from T-Mobile — depending on who they were talking to.

On Tuesday (March 17), a resident in the 500 block of Nanterry Circle SW reported that two men said they were with the CDC and doing welfare checks.

“The men continued to go to other residents in the area,” police said. “At 7:20 p.m., the men returned to the residence, this time advising they were from a cellular company.”

Around 3 p.m. on the same day, a resident in the 900 block of Frederick Street SW reported to police that two men claiming to be from T-Mobile were soliciting door-to-door.

Shortly before 8 p.m., police were able to find the men after a resident in the 500 block of Echols Street SE said the men were soliciting.

“Officer Farr located the two men who confirmed that they had been soliciting throughout the Town during the day, unaware that they needed a town permit in addition to their Fairfax County permit,” according to the police report.

Police issued a summons to the men — a 22-year-old from Annandale and a 20-year-old Germantown, Md. — and charged them with Soliciting Without a Town Permit. The men were released on their signatures. 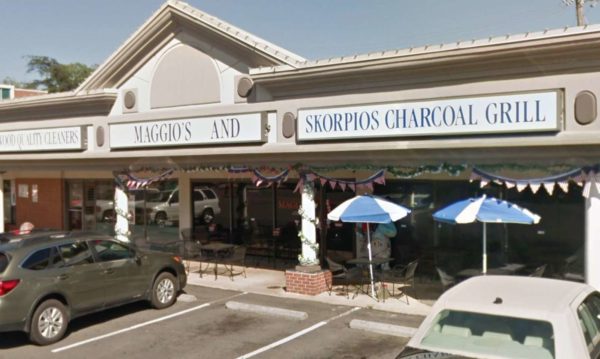 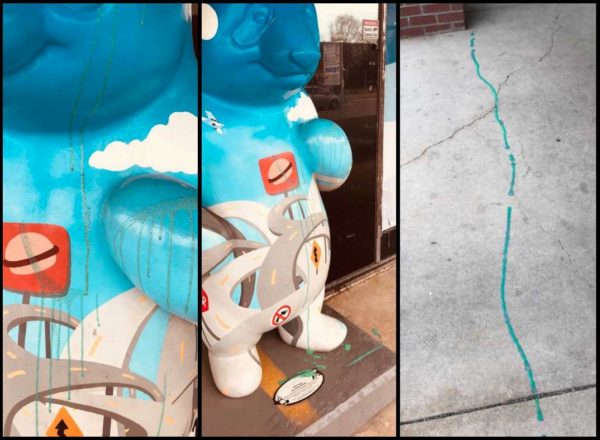 Tysons Reporter is back with its monthly crime map showing where the incidents occurred in Fairfax County Police Department’s McLean District Station.

We went ahead and pulled together all of the incidents noted for the McLean District Station in FCPD crime recaps from Dec. 1-31, weeded out the ones that are not in the Tysons Reporter coverage area and plotted them in the interactive map above.

The map only includes information from FCPD and does not include reports to the police departments in the Town of Vienna or the City of Falls Church.

Use the icon in the top left corner of the map to toggle between the various types of crimes displayed.

Fairfax County’s weekday police recaps are not comprehensive lists of every incident and the addresses are approximate. FCPD also notes that information in the recaps “is generally based on initial reports made to the police department.” 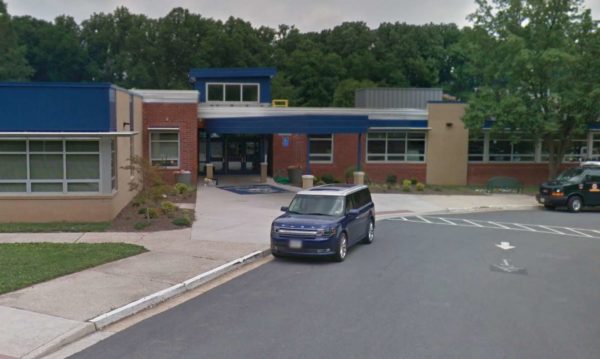 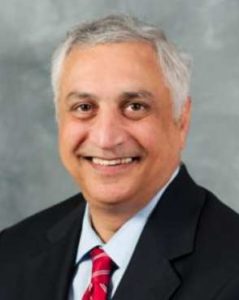 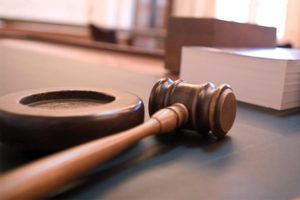 An MS-13 gang member from Falls Church has been sentenced for his role in a violent assault in a local park.

A federal judge sentenced 19-year-old Marlon Edgardo Huezo Rivera, known as “Oscuro,” of Falls Church to 38 months in prison “for his role and participation in a violent gang-related assault of a victim with multiple bats,” according to a press release from the U.S. Attorney for the Eastern District of Virginia.

Earlier this year, 21-year-old Jose Ochoa Del-Cid, 21, also from Falls Church, was sentenced to five and half years in prison for conspiring with other members to lure the victim under false pretenses to James Lee Park in Falls Church.

Huezo Rivera was linked to the Chilangueras clique of MS-13 in Northern Virginia and was the final charged defendant to be sentenced in this case, according to the press release.

“This purpose of this senseless assault was to serve MS-13’s warped code of violence and overarching mission of instilling fear through violence,” G. Zachary Terwilliger, the U.S. Attorney for the Eastern District of Virginia, said in a statement. “Huezo Rivera’s conduct demonstrates his contempt for the law and his total disregard for the safety of the people who make up this community.” 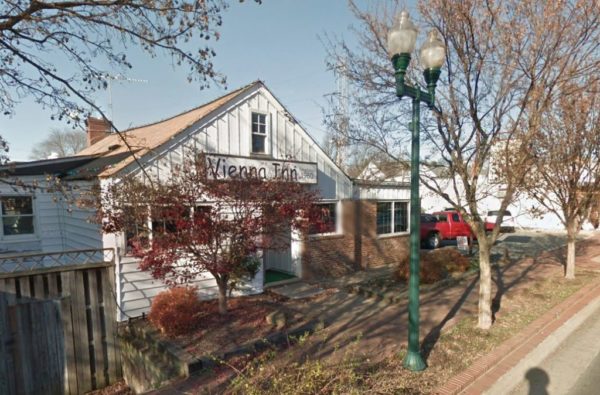 After being asked to help with a “disorderly subject” shortly before 7 p.m. on Monday (Nov. 11), police told the man that he needed to leave, according to the police report.

“While the man was leaving the business, officers noticed he was having trouble walking, poor coordination, and subsequently fell,” the report said. “For the man’s safety, officers took him into custody for being Drunk In Public. The man became aggressive toward the officers while he was being placed under arrest.”

Police said the behavior escalated while they transported the man to the Adult Detention Center:

The man continued to act belligerent, yelling profanities at Officer Murray. When exiting the cruiser at the jail, the man spat at several officers assisting Officer Murray. At the magistrate’s office, the man became even more aggressive and kicked Officer Murray. Officer Murray secured arrest warrants for Assault on a Law Enforcement Officer and Drunk In Public.

Police said the man was remanded to the custody of the Fairfax County Sheriff’s Office.

The incident occurred around 11 p.m. “Mall Security called [the] police to report two people engaged in suspicious activity,” according to a police report.

Police arrested a 43-year-old woman from Leesburg for being drunk in public. While the woman was getting into the police car, she “kicked two officers and attempted to bite a third,” the report said.

Police also charged her with three counts of assault on law enforcement. 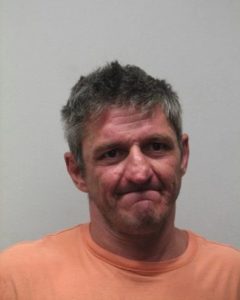 Fairfax County police arrested a Falls Church man after he allegedly wounded a man during a fight in a residential area by Haycock Elementary School.

“Officers responded to the area for two men fighting,” according to the police report. “Officers found and arrested the suspect nearby.”

The victim was taken to a local hospital with non-life threatening injuries, police said.

In a separate incident, police arrested a Maryland man for grand larceny at a Home Depot (2815 Merrilee Drive) in Merrifield around 3:45 p.m. on Sunday (Aug. 11).

“Officers responded for a larceny at the Home Depot and found store security fighting with the suspect when they arrived,” police said.

Police said that the suspect “pulled away and ran from officers” while being arrested, but was caught after a short foot pursuit.

“It was learned that the suspect had committed grand larceny at another Home Depot just before coming to this location and had over $3,000 worth of stolen items with him,” police said.