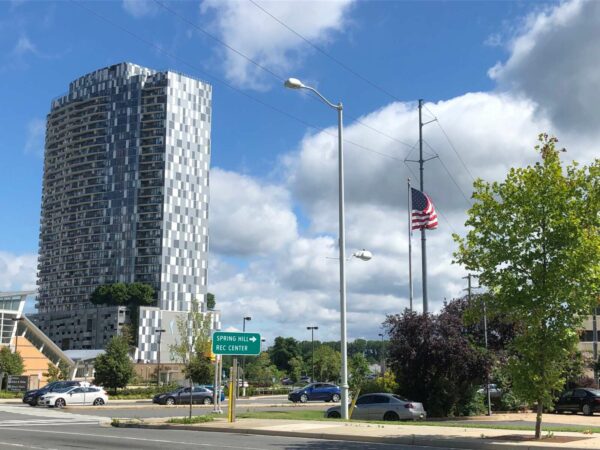 Lack of Transparency Frustrates Justice Park Advocates — Documents obtained by the community group Justice for Justice Park, which opposes a proposal to convert part of the Falls Church park into a parking lot, show that county park and school officials had been negotiating a land transfer for two years without telling the public. The group argues a master plan amendment should be required before any moves are made. [The Annandale Blog]

New Jersey Driver Wanted for Assault on Police Officer — According to the Fairfax County Police Department’s weekly report, a police officer was treated at a hospital for minor injuries after attempting to arrest a man who was driving a vehicle without the owner’s permission. The incident occurred in the 2000 block of Peach Orchard Drive in Tysons on July 3, and the man has not been located yet. [FCPD]

Vienna Named Bicycle-Friendly Community — The Town of Vienna has been recognized by the League of American Bicyclists as a bronze-level Bicycle-Friendly Community, an award given to “communities that demonstrate a strong commitment to bicycling by creating transportation and recreational resources that benefit residents and improve the quality of life.” [Town of Vienna]

END_OF_DOCUMENT_TOKEN_TO_BE_REPLACED

More Stories
Here are the top Tysons Reporter stories of the week495 NEXT gets federal approvals, but issues in Maryland could still hold up project