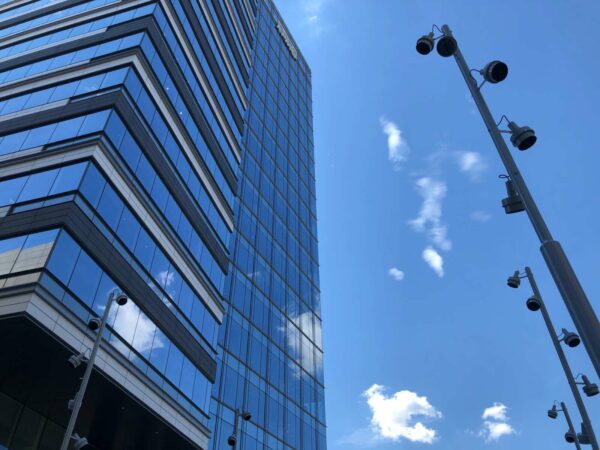 Man Arrested in Vienna Shooting — A 25-year-old Manassas man has been charged with malicious wounding and possession of a firearm by a convicted felon after a shooting in the Navy Federal Credit Union parking lot at 801 Follin Lane SE. Police found a male victim who had been shot in the upper torso around 12:36 a.m. yesterday (Thursday) in what investigators believe was a personal dispute with no greater threat to the community. [Vienna Police Department]

Fairfax County Pushes to Vaccinate Unhoused Residents — “Hutson is one of roughly 1,200 unhoused residents in Fairfax County, according to the county’s January 2021 point-in-time count…Getting COVID-19 vaccines to this transient — and highly vulnerable — population is a major challenge for public health staff like Vukadinovich.” [DCist]

County Seeks Kid-Sized Mask Donations — The Fairfax County Health Department hopes to collect 10,000 new, unused face masks that can fit children who are too young to get vaccinated, particularly toddlers and school-aged kids. Masks can be dropped off at all local police stations and will help the county fill requests from nonprofit partners. [FCHD]

Falls Church Cuts Ribbon on New High School Campus — “It was the major ceremony that officials here have been working toward for more than a decade. At Homecoming Week at Meridian High School, the brand-spanking new $120 million high school facility was formally dedicated with a ribbon cutting last Saturday morning.” [Falls Church News-Press]

Latter-Day Saints Opens New Wolf Trap Church — “A new meetinghouse for the Church of Jesus Christ of Latter-day Saints has been completed in the Wolf Trap area and will offer public tours during an open house. The new meetinghouse at 1632 Crowell Road, Vienna will serve residents of Vienna, McLean, Reston, and other nearby communities. The estimated membership is 600 Latter-day Saints.” [Patch]

Capital One Delays Office Reopening Again — “The McLean-based financial giant has opted not to reopen its offices in a hybrid format Nov. 2. It first announced in June it would reopen in September, then in August delayed that until November. Hybrid remains the plan, but the company will no longer attempt to forecast a date as to when that might be implemented.” [Washington Business Journal]