Despite canceling in-person shows, Wolf Trap found a way to put their costume-making skills to work this summer by making and donating masks to the Vienna community.

When Gov. Ralph Northam announced the stay-at-home order through June 10, Wolf Trap’s Opera Costume Department realized shows wouldn’t be happening and decided to find another way to employ some of their artisans.

Initially, Wolf Trap just planned to make masks for its foundation board and staff, as well as artists from its opera residency. But they also knew they wanted to help the community, so they worked with the Vienna Business Association to provide masks to restaurants, according to Lee Anne Myslewski, the vice president for Opera and Classical Programming at Wolf Trap.

“We determined that partnering with the VBA would get them to organizations and individuals that needed them,” said Myslewski.

Of the 1,000 masks made by the company, 130 went to the VBA, according to Peggy James, the VBA’s executive director.

The masks are made from three-ply pre-shrunk cotton, and some mask material comes from unused off-cuts from previous shows, according to a newsletter from the VBA. They have large and medium masks to give out to Vienna businesses.

“I really appreciate that they are big supporters of the Vienna community,” said James. “We are very appreciative of their membership and their generosity.”

In addition to restaurants, masks were also given to nonprofits, teachers and other businesses around Vienna, according to James.

While the mask donation was a hit, Wolf Trap says that it was just a one-time thing, and hopefully, they can resume performances soon. “We hope to be able to make opera sets and costumes again next summer,” said Myslewski.

Wolf Trap is still offering virtual concerts for both adults and children on their website. 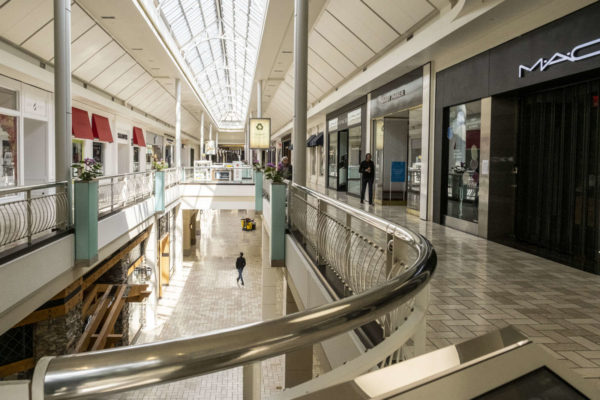 Chicabika Masks & More is hiring for its location in Tysons.

A Fairfax County permit indicates that Chicabika will be a mall cart in Tysons Corner Center.

The retailer posted a job application for a sales associate about two weeks ago on Indeed. The position pays $9-$10 per hour.

Tysons Corner Center does not have the retailer listed in its directory yet. The mall is open from 11 a.m.-7 p.m. Monday-Saturday and from noon-6 p.m. on Sundays.