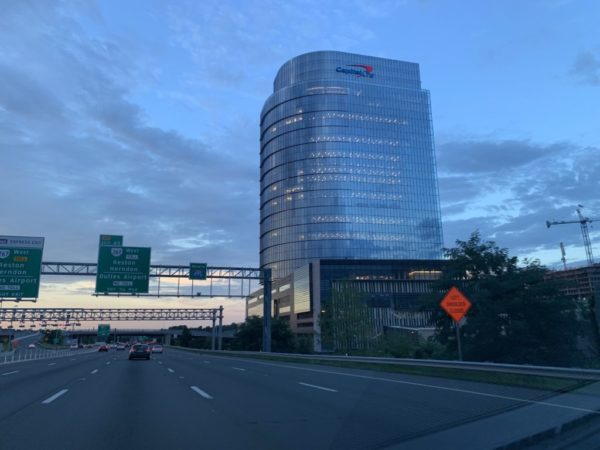 (Updated at 4:10 p.m.) The Capital One headquarters in Tysons will remain largely empty for a couple of months longer than anticipated.

The financial giant will postpone its plans to bring workers back to offices under a new hybrid model until Nov. 2, two months later than the previously scheduled reopening date of Sept. 7, Capital One CEO Rich Fairbank announced today (Wednesday) in a message to employees.

When offices do reopen, workers, contractors, vendors, and visitors will need to be fully vaccinated against COVID-19 to be at a Capital One office or campus. Employees will be required to upload proof of their vaccination to be on-site, though details about that process are still forthcoming.

The vaccination requirement will be in place at least through the first quarter of 2022.

Workers who aren’t vaccinated will be permitted to continue working from home, and all employees will be allowed to work remotely during the company’s initial reopening period, though vaccinated associates will be “strongly encouraged” to work in person, according to the message.

Fairbank says he had hoped “high vaccination rates among our associates” would enable Capital One to reopen its U.S. offices in September as planned, but the increased coronavirus transmission across the country fueled by the Delta variant “has put a damper on our aspirations.”

“I know that some associates are unvaccinated at this time and may be disappointed or frustrated by this announcement,” Fairbank said. “But a key prerequisite for a successful return is our associates having confidence in the safety of our work environment. Our announcement today is in service of that objective.”

Capital One is one of Fairfax County’s largest employers with roughly 52,000 workers around the world, about 10,000 of them in the D.C. area, according to WTOP.

The continued closure of the corporation’s headquarters at 1680 Capital One Drive has affected surrounding businesses as well.

The Starbucks in the building has been temporarily closed during the pandemic due to the lack of office workers. A spokesperson for Capital One Center, the mixed-use development forming around the headquarters campus, told Tysons Reporter in June that the coffee franchise plans to reopen the location.

Capital One Center Managing Director Jon Griffith says work on the development will not be affected by the change in the company’s return-to-office plans.

“The opening of the public-facing components of our Tysons footprint…remain unchanged in light of the recent announcement about Capital One’s return to the office plans,” Griffith said in a statement. “We are excited to welcome our Tysons neighbors to the opening of Starr Hill Biergarten at ‘The Perch’ planned later this month and to the opening of Capital One Hall in early October.”

The developer has said that The Perch — a rooftop park with a beer garden — will open this month, followed by The Watermark Hotel on Sept. 21 and Capital One Hall on Oct. 2.