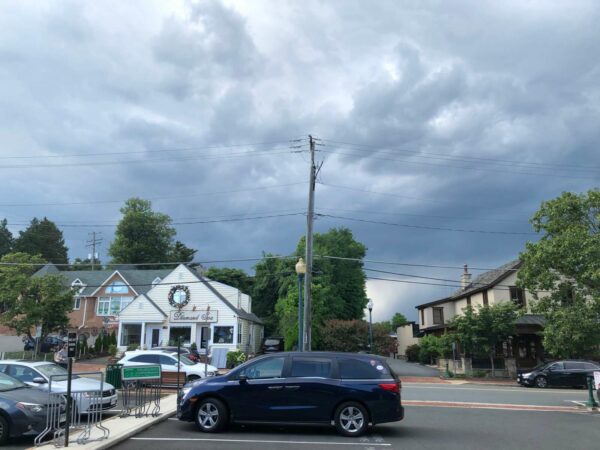 New Scotts Run Fire Station Begins Operations — The Fairfax County Fire and Rescue Department’s new Station 44 at Scotts Run officially went into service on Saturday (Aug. 14). Located at 1766 Old Meadow Lane, the station had been under construction since 2019 and contains three vehicle bays, offices, and living quarters for up to 12 people per shift. A grand opening is scheduled for Sept. 18. [Chief John Butler/Twitter]

Construction Starts on Bridge Over I-495 — Work is now underway on the bicycle and pedestrian bridge over I-495 near Route 123 and a shared-use path that, when extended along Old Meadow Road, will connect Tysons Corner Center to the McLean Metro station. Traffic impacts, including lane closures, will occur on the Capital Beltway and Old Meadow during construction, which is expected to finish in summer 2022. [VDOT]

Woman Assaulted Near Tysons Corner Center — A man yelled derogatory statements at two women who were sitting on a bench in the 7900 block of Tysons One Place at 9:55 p.m. on Aug. 10 and assaulted one of them before fleeing the area. The Fairfax County Police Department has labeled the incident a bias or hate crime. [FCPD]