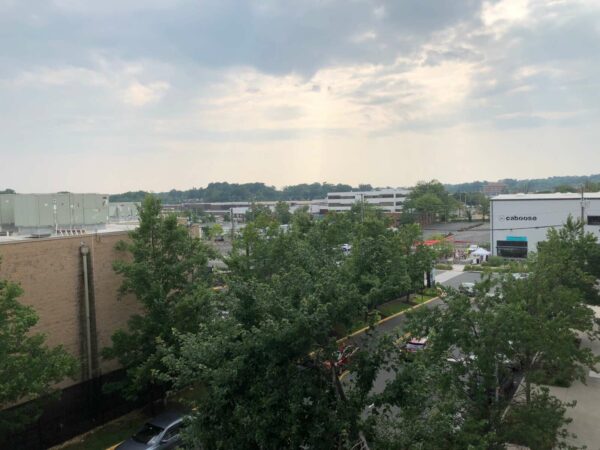 I-66 West Lane Closures Start Tonight — I-66 West in the Vienna area will be reduced to a single travel lane around 10 p.m. today (Friday) and tomorrow with one lane remaining closed during the day on Saturday. The closures are needed to shift the westbound travel lanes between Gallows Road and Nutley Street to new pavement as part of the Transform 66 Outside the Beltway project. [VDOT]

Two Injured in McLean House Fire During Storm — Two people went to the hospital for non-life-threatening injuries after a house in the 6600 block of Osborn Street caught fire around 9:10 p.m. on Tuesday (Aug. 10). The fire, which displaced five occupants and resulted in approximately $25,000 in damages, was caused by an unattended candle placed too close to curtains during a thunderstorm-induced power outage. [FCFRD]

Falls Church Adds Affordable Housing — Falls Church City bought properties at 310 and 312 Shirley Street for $925,000 each on Wednesday (Aug. 11). The 2,560 square-foot buildings consist of four one-bedroom apartments that will be preserved as market-rate affordable units, joining the 16 such units that the City already owns at 208 Gibson Street and 302 Shirley Street. [City of Falls Church]