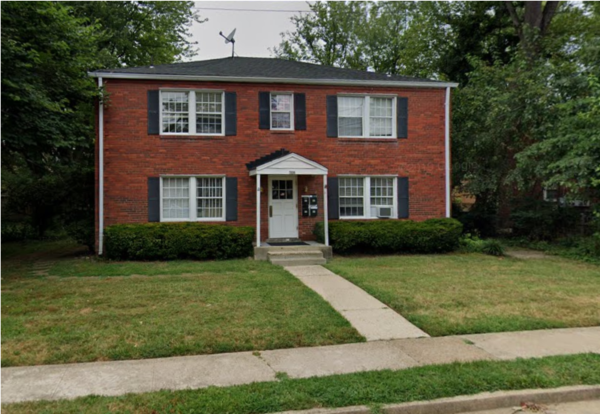 Falls Church City is acquiring a Virginia Village apartment building on Shirley Street with the goal of preserving the units as market-rate affordable housing.

The City of Falls Church Economic Development Authority unanimously voted on Feb. 17 to enter into a contract to purchase the property at 302 Shirley Street for $925,000.

According to a presentation given to the EDA, there were nine other bidders for the property, which is 2,560 square feet in size and has four one-bedroom apartments. The competition required that the city act quickly to take advantage of the opportunity, Falls Church EDA Chair Robert Young says.

“The EDA has taken a strong position in the last year or such that its members believe that Affordable Housing is key part of economic development, especially in a small city like Falls Church,” Young said in a statement to Tysons Reporter. “This opportunity arose over a weekend and it quickly became clear it would be necessary to move quickly if the city/EDA was to have any chance of acquiring this asset.”

Young is also president of the property developer The Young Group, which he says put the building under contract to give the EDA and Falls Church City “sufficient time to properly consider the purchase.”

The building is currently fully leased, but three out of the four tenant leases are scheduled to terminate on May 31. Once the sale is complete, the existing tenants will be allowed to remain until the end of their leases, and the city will consider options for future property uses with a commitment to maintaining the units as affordable housing.

According to the presentation, the current rents for the one-bedroom apartment units are below 60% of the area median income.

If the sale is completed, this will be the second Virginia Village property owned by the City of Falls Church, since the city already owns the apartment building at 208 Gibson St. near Big Chimneys Park. That building is managed by a property management company for use by a nonprofit, and the rents are around 40% AMI, according to Young.

The city’s plans for the Shirley Street property will be in line with its South Washington Street Small Area Plan, which states that the Virginia Village neighborhood should either be preserved or redeveloped with replacement affordable housing incorporated into the new development.

To cover the purchase and operating costs, the EDA is utilizing $1.3 million in land banking funds, including $100,000 in transferred coronavirus relief funds.

Falls Church’s land banking program allows the city to sell a property to a developer for redevelopment. Previous purchases made through the program include a property in the mixed-use Rushmark development that now contains the West Broad apartments and Harris Teeter.

“Opportunities to acquire property consistent with the EDA’s land banking program are rare,” EDA Vice Chair Brian Williams said. “In this case, the City will be able to preserve affordable housing units in what is an important part of the South Washington Street small area plan. The EDA is pleased to help the City make progress in this area.”