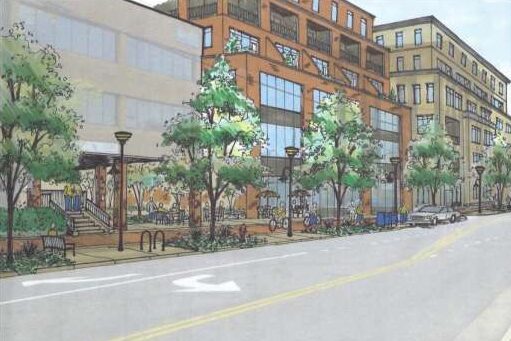 One of the longest-running stories on Tysons Reporter has been plans to overhaul McLean’s downtown. The aim is to make it more vibrant and active, but critics of the plan say it still misses the mark on parking and stormwater management.

The McLean Community Business Center plan divides the 230 acres of central McLean into a few zones with greater residential density opportunities than currently exist — the idea being to incentivize more development in exchange for those developments including more public open space and community amenities.

The expanded density will allow for up to 3,850 residential units in McLean, more than triple the 1,280 units currently built in that area.

Robert Jackson, president of the McLean Citizens Association, said that in spite of some changes, the MCA still opposes the draft plan, due to a lack of specificity around water management requirements and changes that will shift the emphasis to underground parking garages, rather than surface parking.

“Some changes made, and we are pleased with some of them, but [those] two major issues remain unaddressed satisfactorily,” he said at a public hearing held by the Fairfax County Planning Commission on May 26.

After the public hearing, the planning commission deferred its decision on whether to recommend approval of the proposed comprehensive plan amendment to June 9. The plan will then go before the Board of Supervisors on June 22.