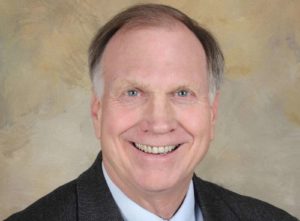 Editor’s Note — Tysons Reporter is running Q&As with the candidates who qualified for this year’s Vienna Town Council election on May 4. The interviews have been edited for length and clarity.

Howard Springsteen is one of four candidates running for the three Vienna Town Council seats that are up for election this year. A retired Fairfax County employee and firefighter for the Vienna Volunteer Fire Department, Springsteen has served on the council since 2009 and is now seeking his sixth term.

Why did you decide to run for reelection?

Well, I’ve been on the council since 2009, and I still think I make a difference. I enjoy serving the town and serving the community, and I just think we have a lot of issues that we’re dealing with that I’d like to see through to fruition. We have a great mayor and council right now. Everyone’s pulling together as a team, and I enjoy doing it…I bring a really good history with my experience of the community, and also my experience on the council is very valuable. I have a good institutional knowledge, what has worked, what hasn’t worked, what needs to be done.

What has it been like dealing with the COVID-19 pandemic from your perspective?

We started the new police station…That was five, 10 years in the planning stages, and we’re getting that done. We bought the First Baptist Church that gives us much more ability to have additional recreational facilities around town, so we’re surviving.

How well do you think the town has handled its pandemic response? What’s been your approach to balancing keeping people safe and supporting businesses?

We have different areas of responsibility than [Fairfax County] does. We don’t have a health department. We have a police, public works. I think Natalie [Monkou], who’s our new economic development person, has done a good job. Linda [Colbert], the mayor, has worked with the business community. We’ve had a lot of campaigns, lot of carry-outs. We’ve extended these ordinances where you can have tents in the parking lot.

We really have gone out of our way to reduce the regulations and actually try to be as helpful to businesses as possible. It’s still a challenge for businesses, but…we’re definitely trying to reach out to the community. We got CARES funds. We’ve used those in areas that we could. We basically have used a commonsense approach. We maintained county services with an eye towards safety, and I think it’s paying off.

What are your thoughts on how the zoning code rewrite has gone so far?

I’m not opposed to growth. I just want reasonable, realistic, responsible growth…We repealed the MAC [Maple Avenue Commercial zone], so by doing this code update, we’re being very measured. We’re getting community input, we’re getting buy-in, and it probably won’t be approved until the end of this year or beginning of next year.

We’re being very careful. We did a survey. We want to reach out to folks. We did the residential first and the commercial. I don’t believe in knee-jerk reaction. Development’s going to happen, but we want to do it so it’s managed. The town’s in the driver’s seat, not the developers. That’s the key. The town and residents need to be in the driver’s seat, and we have to do it to be very respectful of our past and sensitive to our future.

What issues do you see as a priority in terms of what you want the zoning code update to address?

I want to make it much more functional, bring it up to modern standards that a homeowner can figure out what’s going on, make it more readable…We’re looking at accessory building units to see if that’s an option on some lots. We’re looking at cottage housing. There’s lots of different options that we’re looking for. Vienna cannot solve the affordable housing crisis. We can just provide more options out there for folks.

What are your environmental goals for the town?

I don’t things have changed too much [since last year]…The police station, we’re trying to get [LEED] Gold to make it very good. I want to see us introduce more electric-powered vehicles in the town fleet.

That being said, money does not grow on trees in the town. We’ve got to be very careful, so if your car is scheduled for a replacement in the town fleet, we should consider doing electrical, but if it’s two years old, I’m not going to get rid of your car just to put electrical in.

I want to be very deliberate. We’re encouraging LED lighting wherever possible. That’s helped. We redid the town hall heating and energy systemwide. That’s helped…I’m in big favor of maintaining the water and sewer system, because by replacing the water and sewer system, that helps any leakage in the ground water from the sewer pipes. We did the Wolftrap Stream restoration project. There’s one by Northside Park…I like doing projects like that. That helps the quality of water that runs off.

What’s your stance on whether Vienna should underground utilities?

The problem with that is…it’s $22 million, and we don’t have the money to do it. We’ve got to pick and choose our battles, and Dominion Power is undergrounding some neighborhoods, and we’re supportive. We gave them right-of-ways. But I don’t think the town has the capacity to spend $22 million to underground along Maple Avenue. As development comes on, we should encourage them to underground them, but we just don’t have the funds right now.

If reelected, what would be your top three priorities?

What do you think can be done to address traffic on Maple?

The traffic is not going anywhere. We can get it to move through faster, and we have $2.5 million in our capital budget to improve the traffic signalization, which is going to take a while, because you have to change the street lights. I checked with the public works folks the other day, and they need some more approvals, because we’re getting some state grant funding for that, and they’ll start that project. But that’s $2.5 million they have to bid out.

We can’t shut Maple Avenue down. We won’t solve the problem. We basically can just keep it moving through quicker, and if we can get the signalization improved, that’ll help. Yes, it’s nice that people ride their bicycles and take public transportation, but you’re limited in your options right now. The volume actually is not increasing at a very fast pace with the pandemic along Maple Avenue.

What you see is what you get. I’m going to run on my record…I do it because I enjoy doing it. I don’t think I need to attack you or go negative, and town residents don’t like negative campaigning, and I think last year, it became very apparent that some folks were really doing negative campaigning.