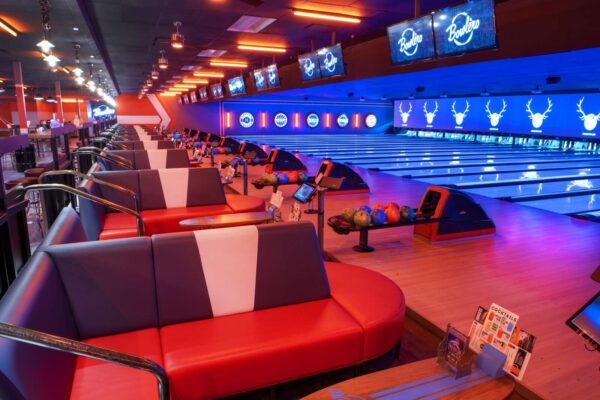 Construction on the new Bowlero that will occupy part of the shuttered Macy’s in Tysons Galleria is scheduled to commence around next Monday (March 29), a spokesperson tells Tysons Reporter.

This will be Bowlero’s fifth location in the D.C. area. The company currently operates venues in Arlington, Bethesda, Centreville, and most recently, Annandale, which had its grand opening in February 2020.

“Tysons Galleria is situated in one of the country’s most well established and affluent markets, and we saw an underrepresentation of family fun options in the community,” Laufer said. “Bowlero is a one-stop entertainment destination for all ages complete with signature blacklight bowling, interactive arcade games, and extensive food and beverage offerings which make it a great fit for Tysons Galleria.”

The Washington Business Journal first reported Bowlero’s plans to move into the former Macy’s at Tysons Galleria in January.

The space has been vacant since the clothing store closed in 2019, as Tysons Galleria owner Brookfield Properties has been working to redevelop the 300,000 square-foot, three-floor building so that it can accommodate multiple tenants.

According to the Washington Business Journal, Apple, Tiffany & Co., Balducci’s, and iPic Theaters have all been in discussions about potentially getting space in the converted building, but Brookfield has not released any new information about those plans.

The new Bowlero will occupy 39,851 square feet on the first floor of the former Macy’s, and it will feature 36 bowling lanes, along with arcade games, a full-service kitchen, and a sports bar, the Washington Business Journal reported.

Bowlero has applied for licenses to serve wine and beer on its premises and to have a mixed beverage restaurant with a capacity of up to 100 seats. Virginia Alcoholic Beverage Control Authority records indicate that its applications have been pending since Feb. 22.