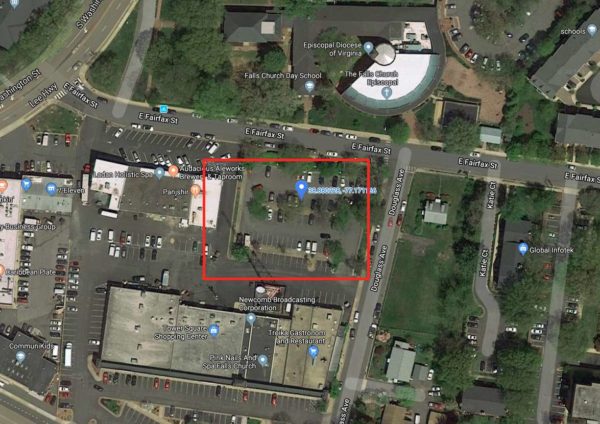 Plans for a proposed commercial building in Falls Church may soon move forward.

Fairfax One LLC wants to add a 12,000-square-foot building at 130 E. Fairfax Street — the current location of parking for the nearby Protestant Episcopal Church. The project, which is called Southgate II, proposes to house Scramble, a kids’ play gym that is currently located in Alexandria.

The developer told the city’s Planning Commission earlier this year that churchgoers would still be able to park there, along with space at an adjacent property.

While some of the Planning Commissioners had concerns about the location of the kids’ center and the project’s “suburban, strip mall feel,” some argued that child care is needed in that part of the city and that the building is an improvement from the site’s current conditions.

On Monday, the Falls Church City Council is set to move along the rezoning process for the site. Currently, the site plan for the project is on hold until the rezoning application is finalized, according to city documents.