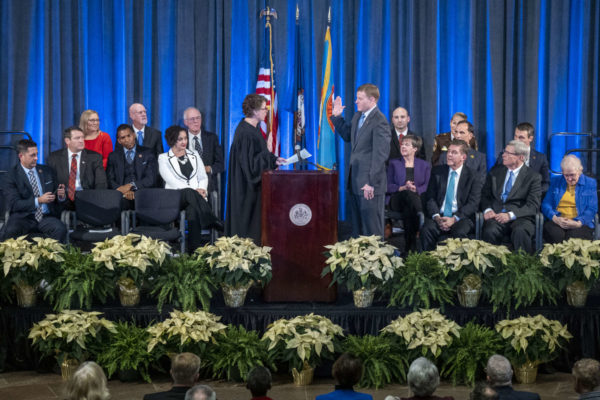 (Updated 12/19/19) Last night, the members of the Fairfax County Board of Supervisors were sworn in.

The 10-member board will see four new faces in the New Year, including Dalia Palchik, the new representative for Tysons.

Here is information on who will be in the seats at the board’s first meeting next year.

McKay beat three challengers to clinch the Democratic nomination for the county board’s chair in the June primary before defeating Republican Joseph Galdo in the November election.

Alcorn will fill the seat of Cathy Hudgins, who served on the board for five terms and announced her retirement at the start of this year. He beat five Democrat challengers in the primary.

Alcorn is a former Fairfax County Planning Commissioner and served on the Fairfax County Park Authority Board. He has also worked as a policy aide in the Providence District supervisor’s office and was the president of the Herndon High School PTSA.

Lusk has been a Fairfax County employee for the past 29 years — including working for then-Supervisor Gerry Connelly as a land use zoning aide and most recently as the national marketing director for the Fairfax County Economic Development Authority, according to his campaign website. 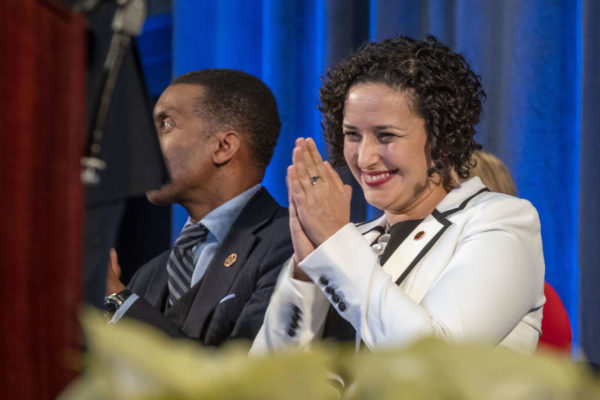 Palchik grew up in the area after immigrating with her family to the United States at an early age from Argentina. She was elected to the Fairfax County School Board in 2015 and served as the Providence District Representative.

First elected to the board in 2016, Smith was re-elected as Sully District Supervisor in November, beating Republican Srilekha Palle.

Previously, Smith served as the Sully District Representative to the Fairfax County School Board for 14 years, including as the chairman three times, according to her county bio. She was also a teacher for seven years and taught in her home state of New Jersey.

Storck was first elected as Mount Vernon District Supervisor in 2015 and reelected this fall.

He has developed and owned healthcare, benefits and insurance consulting firms and was previously a school board member from 2004-2015, according to his county bio. Notable resume item: he also was an Abraham Lincoln impersonator.

Walkinshaw, a former chief of staff to Rep. Gerry Connolly, announced his run for the seat to replace Republican John Cook, who retired. He beat Republican Jason Remer and independent candidate Carey Chet Campbell in November.

Walkinshaw previously volunteered as a mentor to at-risk boys through Fairfax County’s Befriend-A-Child program and joined Fairfax County’s Council to End Domestic Violence, according to his campaign website.

He serves on the Board of the Ravensworth Farm Civic Association and is a volunteer with the Friends of Lake Accotink Park, the bio says. 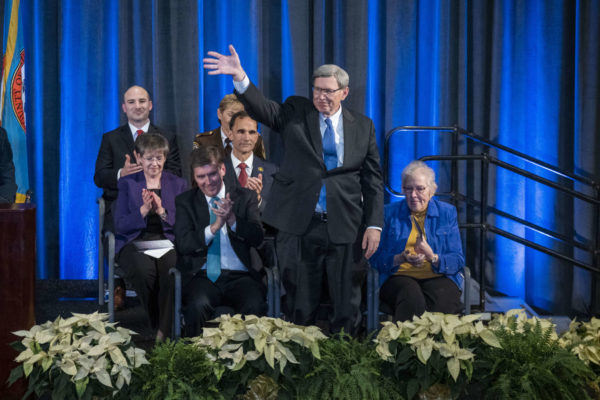 First elected to the board in 2007, Foust was reelected to represent McLean, Great Falls and Herndon residents on the county board. He defeated Republican Ed Martin in the November election.

In the November election, Gross was able to keep her seat, defeating Republican Gary Aiken. She was first elected to the board in 1995, according to her county bio.

Herrity hung onto his seat, beating Democrat Linda Sperling. He was first elected to the board in 2007, according to his campaign website. Herrity’s father was a former chairman of the Fairfax County Board of Supervisors.

With Cook retiring, Herrity will be the only Republican on the board in 2020.

The Board of Supervisors is scheduled to have their first meeting in 2020 on Jan. 14.