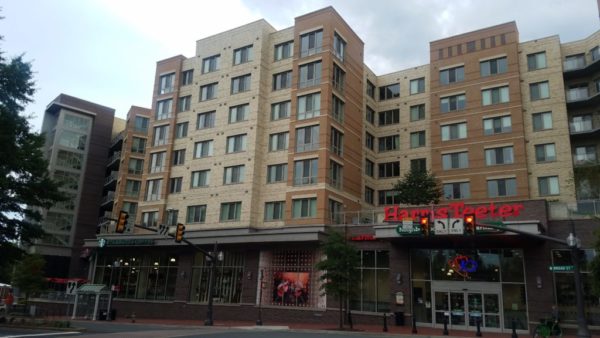 (Updated 10/25/19) The City of Falls Church is a 10-minute drive from rapidly expanding Tysons, but members of the Falls Church City Council want to maintain the feeling of a small community while still capitalizing on innovation and growth.

The City of Falls Church operates as an independent entity under the Falls Church City Council while Tysons still has no official governing body of its own, outside that of Fairfax County.

“We are by no means trying to keep up with anybody,” he said.

Tysons Reporter talked to the councilmembers, seeking their input about the future of Falls Church.

“Always Been a Cut-Through”

The increase in traffic was brought on by the tolls on I-66 and the increasing popularity of apps like Google Maps, Litkenhous said.

Litkenhous worked in commercial development for 10 years before becoming a councilmember.

Councilmembers were originally told by the Virginia Department of Transportation that the addition of freeways tolls around the area would not impact traffic flow, he said, but people started driving through the city to avoid the tolls.

Now, the city is faced with concerns about pedestrian and bicycle safety that come with more traffic. Litkenhous cited several incidences concerning the safety of residents, especially kids.

There have been a few pedestrian deaths in the last few months in the Falls Church area, which are spurring discussions with officials.

But, Vice Mayor Marybeth Connelly noted that it is important to remember that “Falls Church has always been a cut-through” and a “crossroad” in the Northern Virginia area.

In August, the city broke ground on a new project that focuses on improving pedestrian access and traffic flow near the upcoming George Mason High School.

The mixed-use retail space is being developed by the same people who built the Wharf in D.C., Mester said, adding there will be a grocery store, a senior living facility, an arts center, restaurants and retail shops in the development.

Mester referred to the upcoming space as Falls Church’s own “Mini Tysons.”

When it comes to the evolution within the city’s limits, Litkenhous supports the idea of Falls Church evolving as a tech hub.

“Here in Falls Church, we’ve had a chance to capitalize on the indirect spinoff [of Tysons],” Litkenhous said.

With the new startups and tech companies in Tysons, it allows local high school students to take on fellowships or internships with innovative and entrepreneurial companies, according to Litkenhous, further encouraging students to pursue STEM-related fields.

With the new startups and tech companies in Tysons, it allows local high school students to take on fellowships or internships with innovative and entrepreneurial companies, according to Litkenhous.

Though Litkenhous said he would love to have some of these companies move into Falls Church, he realizes offices are limited and added that a co-working space within city limits would be a solution. “We can’t work in a vacuum here and we recognize that,” he said.

A Stroll in a New Direction

Unlike Tysons through, Litkenhous said Falls Church focuses on small businesses and walkability within city limits. “We’ve got Tysons beat on walkability by a mile.”

Last year, the City Council started the “Live Local Campaign,” sparked by Litkenhous, which encourages people to eat, play and spend money within the city’s limits.

Councilmember Phil Duncan said he keeps tabs on local businesses moving into the city and tries to support them by attending grand openings.

“I think there’s a good mix of big names and more local, family-run businesses,” he said, adding that some businesses that would have previously passed up Falls Church might realize that it is a new market.

Coming up in November, the city will host its second “Live Local Campaign” to encourage people to spend money within the community by eating at local restaurants and shopping for holiday gifts from small companies.

Both Litkenhous and Connelly said they want people to follow in their example and take advantage of all the dining and shopping options within the area.

Ultimately, Mester said she thinks the people in Falls Church help to make it special and unique.

“We have a caring and wonderful workforce,” she said.