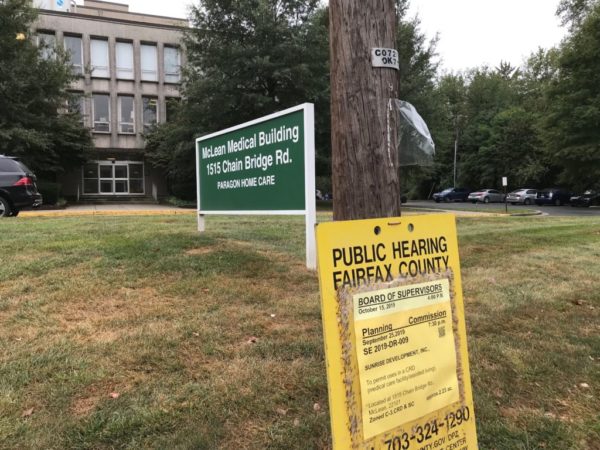 The McLean Medical Building may soon become the future site of a Sunrise Senior Living Facility.

Sunrise identified a need for more assisted living facilities in McLean — an area known for being disproportionately elderly. This is Sunrise’s second attempt in recent years to bring a senior living facility to McLean.

The site currently at 1515 Chain Bridge Road is home to a medical office building from 1964 with substantial surface parking. (In the spring, a historical link was uncovered tying the building to the doctor behind the first polio vaccine.)

While the McLean Medical Building is not listed on any official historical register, county staff have requested that Sunrise have an architectural historian conduct a study.

The proposed facility would have 140 beds and 40 employees at peak times. Most of the parking would be underground. The proposal would also have a public garden and open space for private use by the residents. 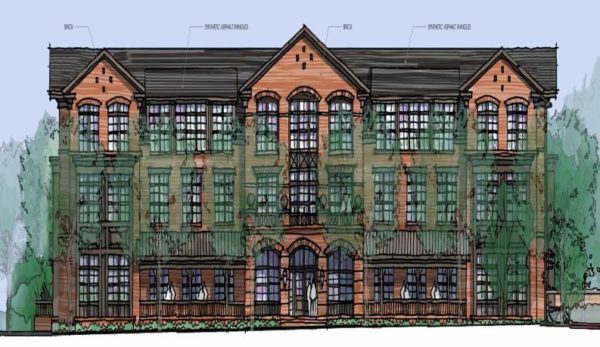 “Rob [Jackson, the chair of the Planning and Zoning Committee,] mentioned that — some time ago — the MCA had opposed a Sunrise Senior Living facility proposed at the intersection of Westmoreland Street and Kirby Road for being incompatible with the neighborhood,” according to the notes for the MCA meeting.

In 2017, the Fairfax County Board of Supervisors nixed Sunrise’s plans to open a 90-bed official facility at 1988 Kirby Road, with county officials saying at the time that the proposal would overwhelm the surrounding residential area and worsen traffic, Inside NoVa reported.

“The assisted living facility will serve as a transitional use between the residential development in the north and west and the commercial development to the east,” the staff report said.

The Fairfax County Planning Commission recommended approval of the senior living facility at the new spot in September.

A sign at the site indicates that the project goes to the Board of Supervisors on Tuesday, Oct. 15