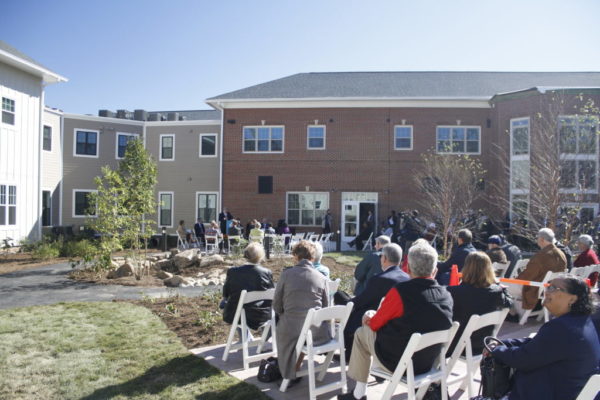 (Updated at 5 p.m.) The Fairfax County Board of Supervisors has approved new zoning rules to try and make building elderly care facilities easier.

At its Dec. 4 meeting, the board approved a new zoning district and land use category for continuing care facilities.

The change creates a special set of zoning requirements for retirement communities and nursing facilities. Such facilities frequently combine residential and medical care operations, which were previously not allowed under Fairfax zoning code.

The McLean Citizens Association (MCA) expressed support for the new zoning regulations, but also noted that there were concerns that the new proposals could create development incompatible with low density residential neighborhoods.

We recognize the need for more senior housing and related facilities in an aging county, but also insist on rules that reasonably protect the character of low-density residential neighborhoods,” MCA said in a press release press release.

The MCA resolution called for limits on waivers granted to projects with regards to issues like open space and sufficient parking.

The MCA wasn’t alone in its concerns about the added density. The zoning ordinance includes a maximum building height of 75 to 100 feet tall. Clyde Miller, President of the Holmes Run Valley Citizens Association, spoke at the Board of Supervisors meeting to express concern that the density bonuses granted to for-profit senior living facilities were originally intended to be used by nonprofits.

Continuing care for elderly residents is an issue of particular importance to McLean, where 30 percent of the population is age 55 or older. McLean’s older population is disproportionately large compared to the rest of Fairfax County, where the median age is under 40.

The county has made some progress in providing senior living recently. In October, new affordable senior living complex The Fallstead opened in McLean after a decade of planning and funding challenges.

But McLean also has a history of struggling with the scale of elderly care facilities. In 2017, the Board of Supervisors rejected a proposal by Sunrise Senior Living to build a 73-room facility on a 3.79 acre lot in McLean after three years of arguments from local citizens that the facility would add to local traffic in an area already overburdened by schools, houses or worship and other senior centers.

At the Board of Supervisors meeting, McLean District Supervisor John Foust praised the MCA resolution and said he shared their concerns about waivers for parking.

“I ran some numbers, and it looks like it can work so I’m comfortable enough to vote for this,” said Foust, “but I understand we’re taking another look at all of this as part of a parking zoning ordinance amendment. This will be reviewed and we will look in great detail at this.”

Foust also noted that, depending on public transportation access, the Board of Supervisors can require additional parking for developments.

The Board of Supervisors unanimously approved the zoning change.