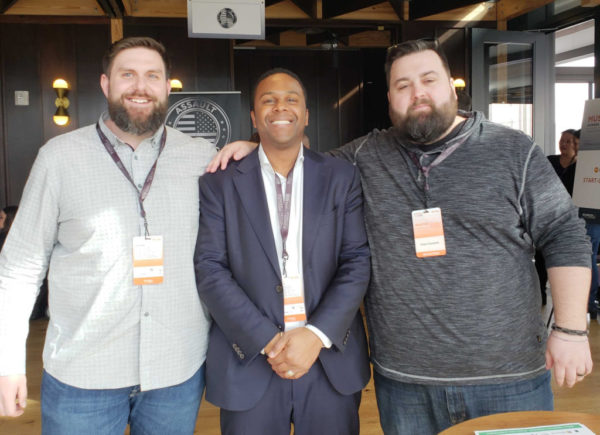 YetiCloud in Tysons recently received a facelift after the owners decided to rework their business model.

When co-founders Tim Marcinowski and Peter Fraedrich began the company, previously called TaskFit.io, they aimed to solve information technology problems for companies using the cloud with assistance from artificial intelligence (AI). But Marcinowski said that their market research showed many potential clients were risk-averse and not comfortable relying on AI.

Instead of giving up on their venture, they decided to switch tactics and rethink how they cater to the needs of clients. They decided to edge away from solutions using AI and instead focused on offering consultations, training and a 24/7 platform support for customers.

When an issue arises, the company gives clients an option to either direct YetiCloud on how they want an issue solved or allow YetiCloud to handle the problem as it best sees fit.

When rebranding, the founders tried to synthesize the passion of their customer base and their target goal — which is to simplify and help troubleshoot cloud use.

Marcinowski told Tysons Reporter when renaming the brand, the company began to play with names of a fictional character and settled on a Yeti because “we thought it was funny we could say we solved the big hairy problem of the cloud.”

Currently, YetiCloud works with about 15 clients, four of which are paying customers, according to Marcinowski. The company offers a free version of the software to establish relationships with potential customers to build a brand alliance and product trust.

In the beginning, the company was entirely funded through profits and personal capital from the co-founders. “We had an early potential investor but the terms didn’t match up,” Marcinowski said. He told Tysons Reporter that the investor wanted 6% of all the profits, but he and his co-founder decided to turn down the opportunity.

Since October 2018, the company brought on several new employees and plans to keep expanding. For the time being YetiCloud will remain at the WeWork location in Tysons Corner.

“We definitely have the ability to flip the perception of this area,” he said when discussing the possibility of Tysons becoming the next technology hub, especially with the new Amazon HQ2 and other companies coming to Northern Virginia.

By 2024, Marcinowski wants to have $20 million yearly reoccurring revenue, which he said would help legitimize the company by building a solid financial foundation.

YetiCloud also has a new goal to raise $600,000 from new investors within the next six months.

New companies like YetiCloud must find “alternative solutions to problems that didn’t exist 10 years ago,” he said.