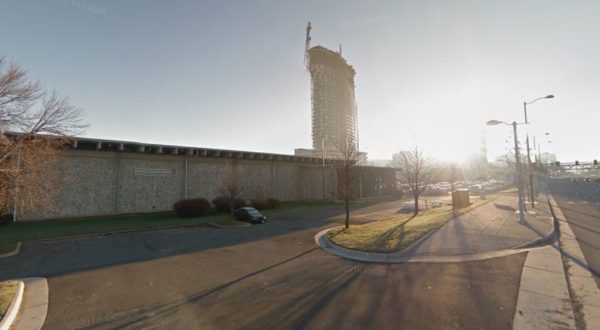 Fairfax County police arrested a 39-year-old man on Sunday (July 28) after he allegedly displayed a knife and resisted arrest.

The incident occurred around 12:30 a.m. in the 8600 block of Leesburg Pike between Koons Tysons Toyota and the Audi Tysons Corner Service Department.

Officers saw a man who appeared to be intoxicated walking toward oncoming traffic. The man took an aggressive stance toward officers and displayed a knife. Officers were able to de-escalate the situation and convince the man to drop the knife. The man began to resist arrest by pulling his arms away and trying to break free.

Police arrested and charged Jon Lincoln of no fixed address with assault on law enforcement, resisting arrest and disorderly conduct.