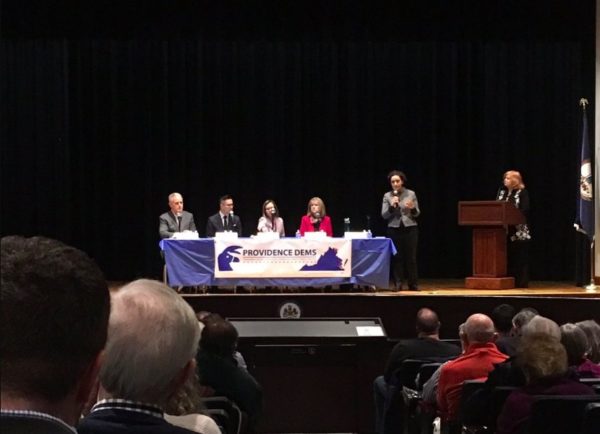 As the Fairfax County Democratic Primary winds toward the election next Tuesday (June 11), the fundraising race closes in for some but leaves others in the dust.

Edythe Kelleher, a former member of the Vienna Town Council, led fundraising in April and May with $41,849. Edythe and her husband Gary Kelleher are the leading contributors to the campaign, contributing $10,000 and $20,000, respectively.

Other backers that might be familiar to attentive readers include JDA Custom Homes, a homebuilder based in Vienna, and Douglas D’Alexander, the developer behind the planned redevelopment of the former Marco Polo lot destroyed by arson.

Phillip Niedzielski-Eichner, a planning commissioner representing the Providence District, had previously led the candidates in fundraising. In April and May, Niedzielski-Eichner raised $35,168. Records show Jonathan Cherner, a principal at the Cherner Development Group, and Mark Lowham, CEO of TTR Sotheby’s International Realty, each donated $5,000 to Niedzielski-Eichner.

The first and last candidates to announce in the race both trailed behind the others. Linh Hoang didn’t enter the race until March, and in April and May, Hoang raised $18,514. Hoang’s top contributor was a person named Emily Woo, who donated $5,000.

Erika Yalowitz was the first candidate to announce in the race, but was the last in fundraising for April and May. Yalowitz’ top backer was Timothy Chapman, a candidate in the contentious Board of Supervisors chair race, who donated $5,000.