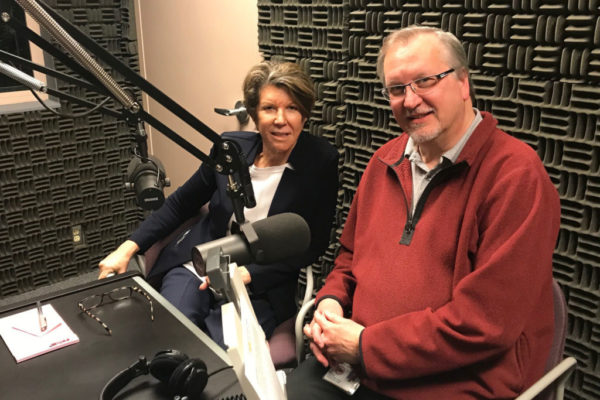 If Tysons is going to become a destination, it’s going to need an Eiffel Tower — and slower, more pedestrian-friendly streets.

On the “Connect with County Leaders” podcast run by the Fairfax County Government, Deputy County Executive Rachel Flynn talked about the increasing importance of establishing a “destination” feeling with urban design to draw in a younger crowd.

“Millennials are deciding where they want to live before they get the job, then they move there and get the job,” Flynn said. “That’s the sign of a robust economy. So what can Fairfax do to say ‘we attracted that person?’ We don’t have an Eiffel Tower or a Chrysler building, but I think Tysons is the start of that.”

On its quest to become America’s next great city, Flynn said the area will have to be notable for something — presumably other than the historic Toilet Bowl building. Flynn referenced the example of San Francisco, noting that icons like the Golden Gate Bridge come to mind before any other details about the city.

But the other side of the coin to draw businesses and residents to Tysons, Flynn said, will be making the streets more walkable.

“We’re hearing that people want to walk more,” Flynn said. “They don’t want to be as car-dependent.”

But sometimes, Flynn noted, good pedestrian design can come at the cost of car-focused improvements, like more turn lanes. While Fairfax County has traditionally been built on its highways, Flynn said Tysons is going to need to continue switching to a more urban style street grid — specifically referencing Old Town Alexandria as a model for pedestrian-friendly design.

“Every time you add an extra right turn lane, someone is paying for that,” Flynn said. “Someone has to maintain that… and you just made a wider intersection for a pedestrian or cyclist, so maybe they don’t cross that street… Pedestrians know where they’re wanted, and that’s where they want to stay. So we need to slow down traffic and get more people out of their cars.”

For Tysons, Flynn said people should expect narrower lanes and slower traffic than they’d find in other parts of the county. Slower traffic, Flynn said, will not only add to pedestrian friendliness but will make retailers more likely to set up shop nearby.

“People are really drawn to a sense of place, that’s why Mosaic has been such a big hit and Tysons is becoming that way,” Flynn said. “People want to be at a place that feels good you have lots of choices of what to do.”