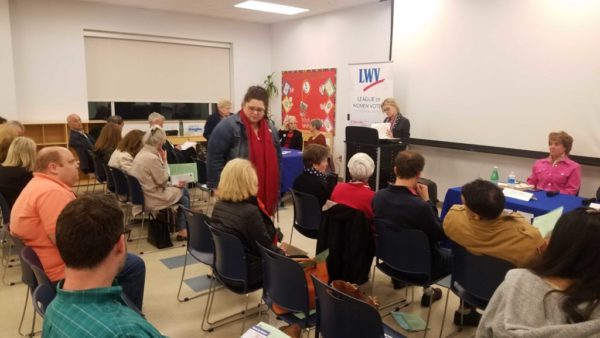 The League of Women Voters, who hosted the debate, encouraged attendees to submit questions for Democratic Dalia Palchik and Republican Eric Jones, and the candidates didn’t hesitate to disagree when it came to the hot-button issues of the evening.

They compared thoughts on the importance of census data, budgets, sanctuary counties, immigration, renewable energy, panhandling and firearm regulation throughout the evening. Here are some highlights from the debate:

Affordable Housing and a Rising Cost of Living

When it comes to the panhandling in Fairfax County, Jones said people struggling financially in the area should move elsewhere in the country where the cost of living is lower, like Ohio.

Palchik took another approach. “I support that we took a step back and said, ‘No, we are not going to criminalize panhandling,'” she said, adding that the county should work to ensure there is enough affordable housing and job security.

While Fairfax County has been highlighting its recent affordable housing efforts — especially in Tysons — the candidates stressed the importance of financial security.

Dalia said she wants to focus on fighting for fair wages for county employees, while Jones said he would rethinking policies for zoning and regulation to help small businesses.

Immigration and the Census

Immigration and the U.S. Census were popular topics during the debate.

Palchik said she was pleased when the citizenship question was removed from the census, saying that it encourages more participation. Without responses accurately representing the population of the district, the county would lose out on tax revenue that benefits the community, she said.

“We still have families who fear coming to school to sending their kids to preschool or going to a food pantry, because they are afraid we are collaborating and sharing their information with police,” she said.

Meanwhile, Jones said he believes undocumented immigrants are a danger to the community. “I am especially against sanctuary countries,” he said. “These are especially harmful to our legal immigrants.”

During his time with the U.S. State Department, Jones said he conducted interviews for the immigration process and granted thousands of people citizenship or permanent resident status.

“I believe we should cooperate completely with federal authorities,” he said.

One of the largest issues the candidates clashed on was the implementation of renewable energy. Palchik seemed to be in full support while Jones said the cost would outweigh the benefits.

“I think the so-called New Green Deal is unrealistic,” Jones said, referring to the Green New Deal. “You cannot run the Metro system on wind power, solar power and batteries.”

Instead, he told the audience that he believes in natural gas and nuclear power.

Palchik shifted the conversation, noting her endorsement by the Sierra Club and other environmental groups around the area. Palchik pointed to her time on the Fairfax County School Board, where she launched a joint environmental taskforce with the school board, students and Board of Supervisors.

She said that, if elected, she will be spending time in Richmond working to eliminate solar energy roadblocks.

Jones was a new face for voters. After candidate Paul Bolon’s death in August, Jones was chosen as the new conservative candidate to run against Palchik.

“I’m running to give voters a choice in Providence District,” Jones said during his opening statement. “I wish my friend Bolon was here today.”

Palchik gave her respects after the debate. “I want to thank Mr. Jones for stepping up, I know it was a tragedy.” 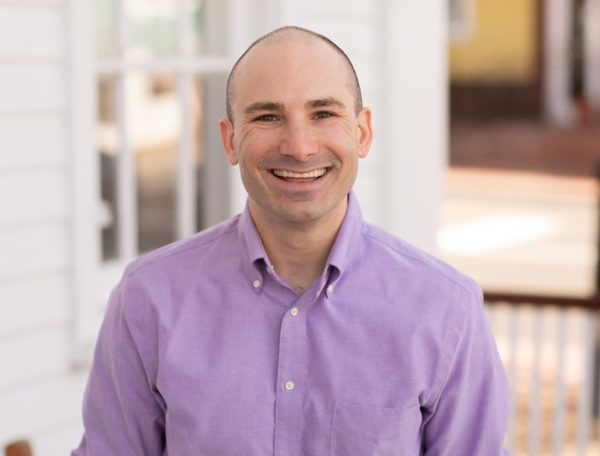 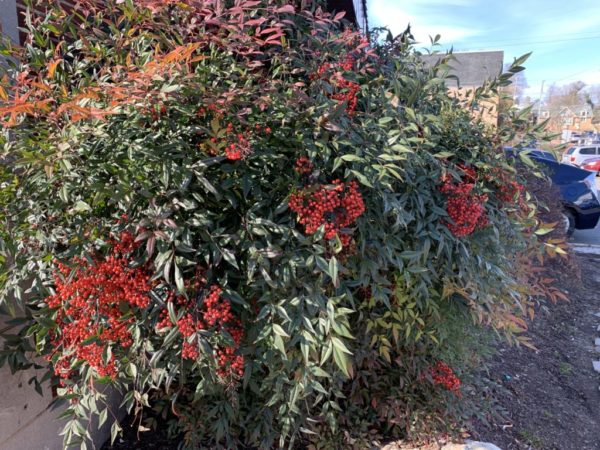 Fairfax ICE Arrests Higher Than Some States — “More than 12,000 Fairfax County residents are facing deportation proceedings, surpassing the number of cases in other major localities, including Manhattan, N.Y., and Philadelphia, Pa., and even states like North Carolina and Louisiana, a new report says.” [Fairfax Times]

Officials: Avoid Va. Travel Today — If you had been planning on driving to parts of central, western or southern Virginia today, VDOT and Virginia State Police want you to consider delaying your travel due to snowy conditions. [VDOT, InsideNova]

Hedgehogs May Be Legalized in Fairfax — “Chinchillas, hedgehogs and hermit crabs are one step closer to legalized pet status in Fairfax County. The Fairfax County Planning Commission [on Thursday] approved changing the definition of commonly accepted pets to include all three.” [Reston Now] 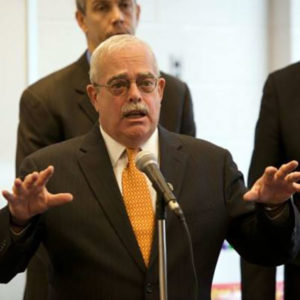