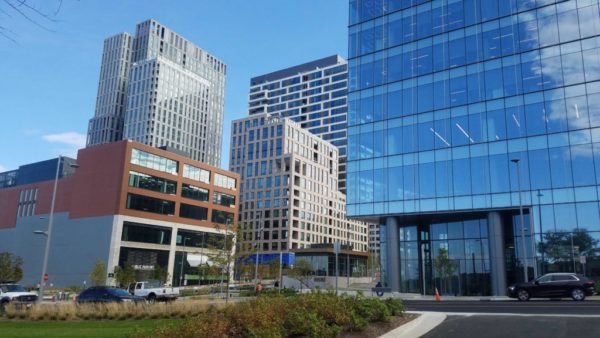 Though many in-person events are canceled, organizations and businesses are setting up digital events to keep people occupied.

For people interested in on-demand activities, the Fairfax County Park Authority is offering digital classes, scavenger hunts and activities for people of all ages. The Virtual Exploration Center lets people stream workout classes, and each week staffers will introduce a featured activity. 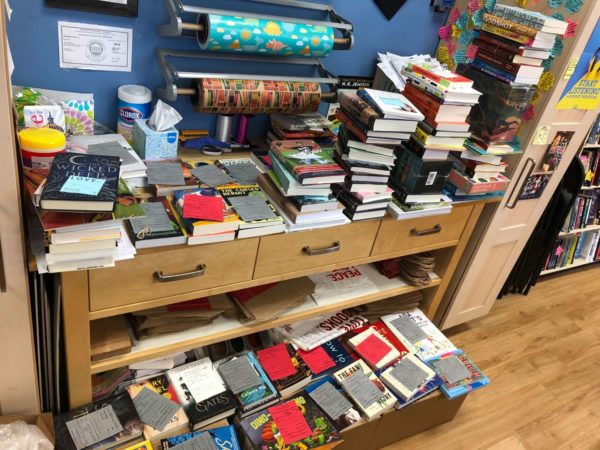 People who are staying home and looking to do some reading can still order books while supporting local businesses.

Tysons Reporter rounded up the book stores around Falls Church, Vienna, Merrifield and Tysons that are offering delivery services and curbside pickup.

The store stopped offering curbside delivery to encourage people to stay at home, according to its website.

Staff are taking phone and online orders for people living in parts of North Arlington, Falls Church and McLean. Bibliophiles can get their orders delivered or shipped.

The comic book and game store (586 S. Washington Street) is accepting orders and making deliveries within 10 miles of the shop at noon and 5 p.m. daily, according to Facebook posts.

The Falls Church store will start closing at 6 p.m. every day “for the foreseeable future,” a Facebook post said.

The indie bookshop (110 Church Street NW) in Vienna is taking phone and email orders with “minimal contact” curbside pickup and “Bike Pedalers delivery service,” according to its website.

People can order bottles of wine, snacks and games along with their books. Gift cards are also available.

Events and book clubs have been cancelled due to the coronavirus.

Leah may not be able to make it into the store, but that doesn't mean we don't have a fun announcement for #NewReleaseTuesday. Introducing, Bike Pedalers, Bards Alley's local delivery service in partnership with [email protected]! Have a Vienna zip code? We'll deliver, free of charge! pic.twitter.com/xDEreMY3ut

The comic book store chain is offering 25% off graphic novels, hardcovers, and softcover, according to its website.

The Vienna store (426 E. Maple Avenue) is temporarily closed, but accepting mail order delivery orders, according to the website.

Both locations are temporarily closed but offering curbside pickup for online orders, according to its website.

Photo via One More Page Books/Facebook 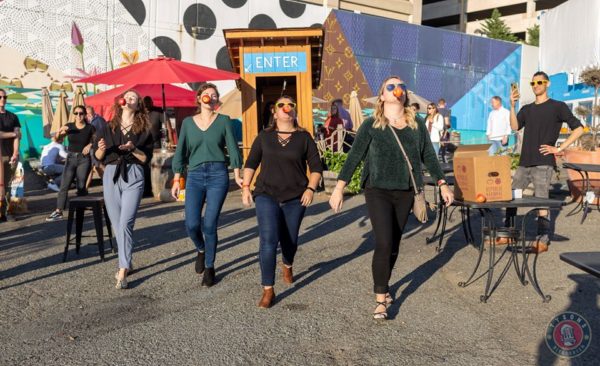 Tysons Reporter also complied a list of the upcoming holiday events, for those seeking festivities. 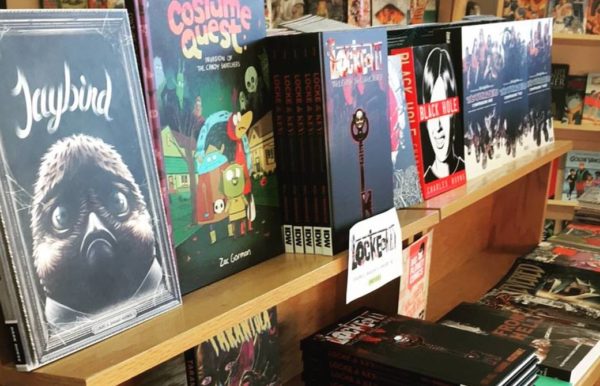 Comic fans rejoice — today is National Comic Book Day. Tysons Reporter has rounded up some places to check out to buy comic books.

The concept of comic books originated in the U.S. around 1933, according to the National Day calendar. “Famous Funnies” was a reprint of popular newspaper comics and sold as the first comic book. It embodied storytelling devices associated with comic books seen today.

At the local chain’s Vienna location (426 E. Maple Avenue), the store offers visitors a large variety of comic book options including print editions, online comics and even a comic-book based podcast. Today, the store is open from 11 a.m.-8 p.m. The shop also has locations in Mayland and D.C., though hours vary.

Though more of a bookshop, the store does offer customers a comic and graphic novel section. People can browse over 100 pages of options on the bookstore’s website. The store also offers a selection at their physical location (2200 N. Westmoreland Street) near the East Falls Church Metro station. Hours of operation today are 10 a.m.-8 p.m.

Victory Comics claims to have one of the most comprehensive inventories in the D.C. area, according to its website. Located in Falls Church at 586 S. Washington Street, the store sells new comics, sports cards, paperbacks and a variety of other items. The store is also looking to buy comics. Hours of operation today are 11 a.m.-9 p.m.

Hole in the Wall Books also used to sell comics in Falls Church until it closed in August.

Updated 4 p.m. — All Star Comic Con — a comic convention held at the Sheraton Tysons Hotel (8661 Leesburg Pike) — is coming back this weekend for its second year.

It’s not exactly Hall H of San Diego Comic-Con, but there are some big names coming to town, and like last year, plenty of other activities are scheduled.

The convention is set for June 8 and 9. Tickets are $35 for a two-day pass or $99 for a pass with “front of the line privileges” and admission to an evening gala.

While many conventions today have swung more toward general pop culture, co-founder Michael McNutt told Tysons Reporter All-Star very much goes back to the roots of comic conventions with a focus on comic books. Two of the biggest names at the convention this year are Tom King, a D.C. area local who won the Eisner Award last year for best writer, and Gail Simone, a writer with a long body of work at Marvel and DC comics.

“Last year, we tried to hit all points,” McNutt said. “You stretch yourself out and end up being a B-student because you spread out. We wanted to focus on comic books this year.”

While there was a smattering of gaming aspects at the convention last year, McNutt said he’s worked to double down on that this year and implement more gaming media into the convention.

If last year was any indication, cosplay will play a big part in this year’s convention, especially with Saturday night’s cosplay competition.

“We want people walking out of there embracing new fandoms,” McNutt said. “It’s all brand new to me… Cosplay was one thing in the last year I’ve gotten more and more into. I made my son an Iron Man helmet and arc reactor and made my other child a Kid Flash helmet.”

McNutt worked professionally in event directing for other companies and organizations but eventually wanted to host his own event. The event is smaller than some of the other comic conventions across the country, but McNutt said the hotel setting gives it a more intimate and personal touch.

For McNutt, his ultimate goal is for the convention to become more of a social group than just an annual event. The group also hosts a book club featuring local authors and meet-ups at breweries and other regional conventions.

“A lot of people are going to sit there and talk about the celebs and fun things, but our thing really is the community created through this,” McNutt said. “I’ve received emails about this and people have pulled us to the side — people who tell me they haven’t had the best of luck making friends… People who were like ‘I can’t find my place in this world’ now have a place.”

Photo via All Star Comic Con/Facebook