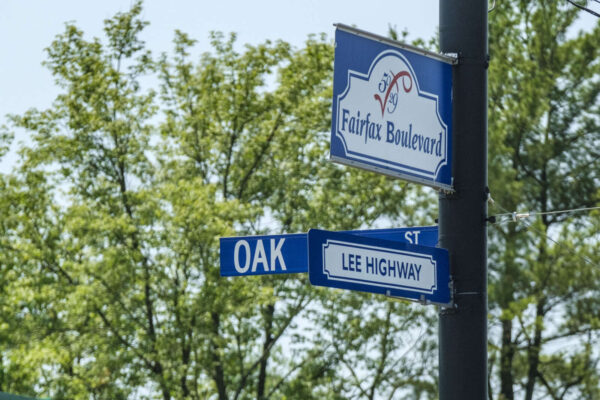 On July 13, the Fairfax County Board of Supervisors could approve about 25 members for a task force to examine the possibility of renaming the highways and appoint the group’s chair.

The group would recommend whether to rename those streets and what new names to consider this December. A public hearing and decision could come in early 2022.

This schedule was announced one year after the May 25 death of George Floyd in Minneapolis, which sparked Black Lives Matter protests nationwide. In Fairfax County, the movement prompted the board to consider renaming streets and structures with Confederate names.

Biesiadny and his staff presented their recommendations to the board’s land use policy committee for how to move forward with renaming Route 29 and 50 as well as streets and subdivisions.

“I think the schedule is good and compact,” Board of Supervisors Chairman Jeff McKay said. “If we can get the recommendations by the end of the year, that would be helpful.”

The two thoroughfares are the first locations to be considered for new names after the Fairfax County History Commission compiled a list of street names, monuments and public spaces with Confederate ties.

The group identified more than 26,000 streets and places, which was first narrowed down to 650 well-known Confederate officers and locally-known Confederates and again, down to 150 assets confirmed to have Confederacy-associated names.

Some supervisors urged staff to keep coordinating with Fairfax’s neighbors.

“If it’s possible to be on the same page as Arlington and Loudoun, that’s great,” Braddock District Supervisor James Walkinshaw said. “We shouldn’t be driven by their process, but that seems to be like a viable secondary goal.”

He also suggested the task force develop a naming plan that reduces confusion for local businesses.

“One of the things I have heard from businesses in and around the Kamp Washington intersection is that the status quo is very confusing,” Walkinshaw said.

Route 50 has four names depending on the location, Deputy County Executive Rachel Flynn explained to Tysons Reporter in December.

So, even if Fairfax County decides on new names, she says “it’s not unprecedented for different names in different localities.” 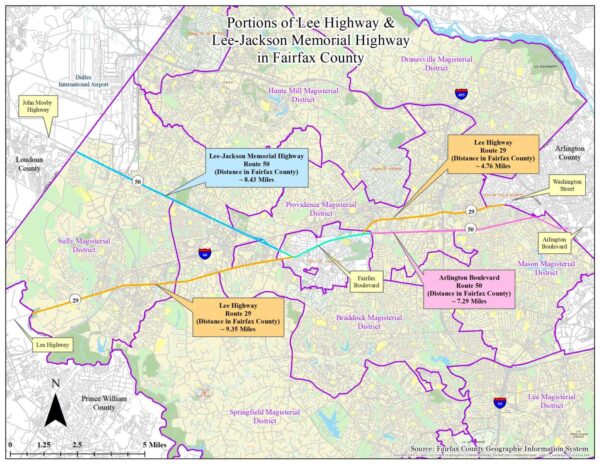 Renaming Route 29 and 50 would involve the Virginia Department of Transportation and the Commonwealth Transportation Board because the roads are state-owned, Flynn says.

“The CTB understands what’s going on on the national level and in Virginia, it understands localities’ interest in making these changes, given a greater awareness now about the history and the meaning of these names,” she said.

During Tuesday’s meeting, McKay noted that the Commonwealth Transportation Board “doesn’t use state funds to implement these road changes, so ultimately they get a say in whether or not that happens, [but] they contribute zero dollars to implementing that.”

Although Lee Highway and Lee-Jackson Memorial Highway are the first slated for the renaming treatment, most of the streets with Confederate names are in subdivisions, Flynn told Tysons Reporter.

Neighborhoods can decide whether to rename their streets and subdivisions. Neighbors will need a petition signed by at least 51% of landowners and money to pay for new signs, which cost between $115-$205 each, Biesiadny said. 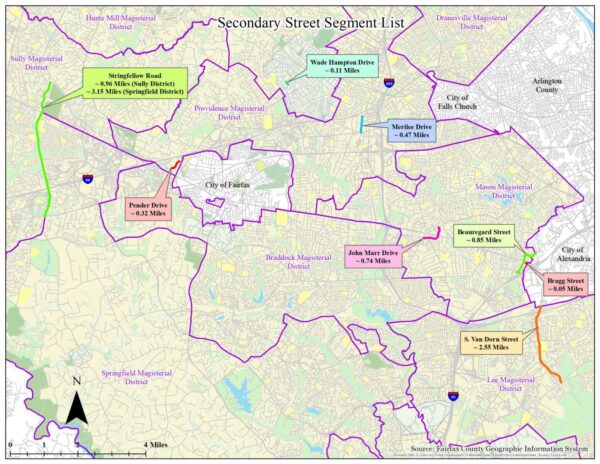 Providence District Supervisor Dalia Palchik thanked legal staff for clarifying that the county recommends exploring private legal counsel where homeowners associations do not exist or where signs are on private property.

“I know we have examples of that especially in some of my older communities,” she said.