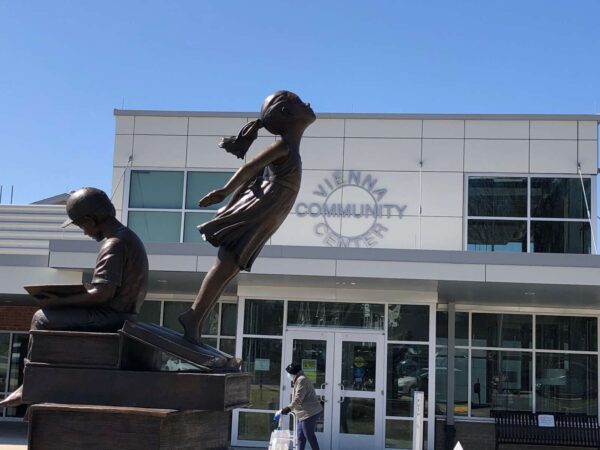 Revisit Original Tysons Corner Apple Store via AR — “On May 19, 2001, Apple opened its first two retail stores in Tysons Corner, Virginia and Glendale, California. Now you can revisit the world’s first Apple Store exactly as it appeared twenty years ago on grand opening day through an interactive augmented reality experience.” [9 to 5 Mac]

Apple Anniversary at Tysons Corner Center —  “Twenty years ago today, Steve Jobs opened the first ⁦@Apple store in Tysons Corner, VA, a suburb of D.C. Here I am talking to him during his press walkthrough of the store.” [Walt Mossberg/Twitter]

Civilian Review Panel to Hold Public Forum for Police Chief — The Fairfax County Police Civilian Review Panel will host a virtual public forum on WebEx at 7 p.m. on May 26 to discuss civilian oversight of law enforcement with new Police Chief Kevin Davis. This is the second opportunity that community members will get to question Davis, whose appointment was met with skepticism from local civil rights advocates. [Supervisor Dan Storck/Twitter]

Retired MCC Executive Director Gets Sendoff — “State and local officials, along with past and present members of the McLean Community Center Governing Board, gave a final send-off to the center’s departing executive director, George Sachs, during a May 2 gathering at McLean Central Park…Sachs retired May 7 after 11 years at the center. His successor, Daniel Phoenix Singh…assumed his new post April 12.” [Sun Gazette]

McLean Leads Virginia in Billionaires — “McLean has two billionaires with a collective net worth of $4.7 billion, making it the top locale in Virginia in terms of billionaire wealth, according to a new analysis from the financial news website 24/7 Wall St.” [The Center Square/Inside NoVA]