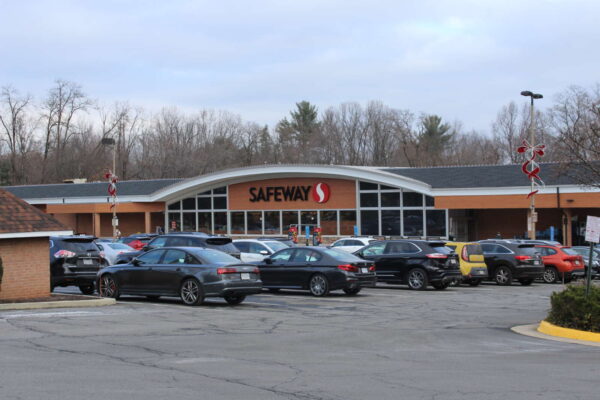 McLean’s Chesterbrook Shopping Center has changed hands for the first time since the early 1980s.

The entire transaction took less than four months to complete, according to a press release from KLNB, which represented the previous owner, Chesterbrook One LLC.

“Chesterbrook Center is well positioned for significant growth and perfectly aligns with our Northern Virginia strategy,” Barry Carty, Federal Realty’s senior vice president of East Coast acquisitions, said. “We were thrilled to work with KLNB on this sale and look forward to building on the previous owners’ decades of work to grow Chesterbrook into a destination center for the community.”

According to KLNB, the Chesterbrook Shopping Center had been owned by the same family since the early 1980s and has been anchored by Safeway since 1965.

Federal Realty has served as the center’s operations and leasing manager since 2002, which will allow for a “seamless transition” in ownership, Federal Realty Corporate Communications Manager Brenda Pomar says.

“With its close proximity to Tysons, Arlington and Washington D.C. along with the impactful amount of daily vehicular traffic on Old Dominion and the strong demographics surrounding the property, Federal is excited to explore opportunities for Chesterbrook,” Pomar said.

Old Dominion Drive gets about 18,000 vehicles per day, according to KLNB.

Federal Realty’s leasing brochure for Chesterbrook states that 137,751 people live within a three-mile radius of the shopping center, and the area’s median household income is $172,080.

The plans for the property going forward are not yet clear, but Federal Realty Vice President of Asset Management Deirdre Johnson says the acquisition supports the property manager’s overall strategy for Virginia, which is fueled by the area’s “strong job growth, desirable demographics, high barriers to entry, and business-friendly climate.”

Federal Realty’s other Tysons-area properties include Tysons Station, Pike 7 Plaza, and the Pan Am Shopping Center on Nutley Street in Vienna, along with Falls Plaza, Graham Park Plaza, and Idylwood Plaza in Falls Church.

Federal Realty sold a portion of Graham Park Plaza last year to the developer EYA, which is replacing the vacant retail space with townhouses. The company is also rebranding Falls Plaza as Birch & Broad as part of a renovation project that’s expected to finish later this year.

“Chesterbrook presents many opportunities to create a unique and special community destination,” Johnson said. “We are currently exploring options and look forward to announcing future plans.”