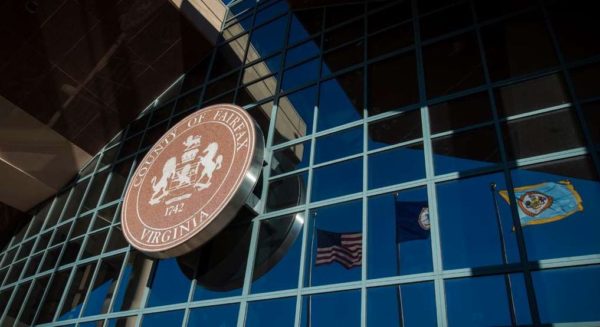 With tax season in full swing and Fairfax County plugging away at its latest budget proposal, you may wonder where exactly your tax dollars go.

Fairfax County is hammering out the details of its spending for the 2022 fiscal year, which is expected to gross more than $8.5 billion. But your tax dollars go to a smaller piece of the pie that encompasses funding for county government operations and contributions to Metro and Fairfax County Public Schools.

Totaling $4.48 billion, the general fund disbursements money comes from taxes — primarily real estate and personal property taxes, but also taxes on hotels and retail sales — as well as fees for licenses and permits. About $1.6 billion of this bucket sustains the operations of all county departments.

Real estate taxes paid by individuals and businesses contribute about $3 billion (or 68%) of the money needed to support county departments, schools, Metro, and debt services. In fact, residents’ property taxes make up about 74% of the county’s real estate tax income. The rest comes from commercial properties, such as apartments, offices, retail spaces, and hotels.

While homeowners could see their real estate tax rate lowered by one cent to $1.14 per $100 of assessed value in the upcoming budget, they will likely still see their bill increase due to rising property values. The one-cent reduction, however, will bring in $27 million less than if the current rate remained in place.

The county, meanwhile, is contending with falling commercial property values for its income from non-residential real estate taxes, a nationwide phenomenon. 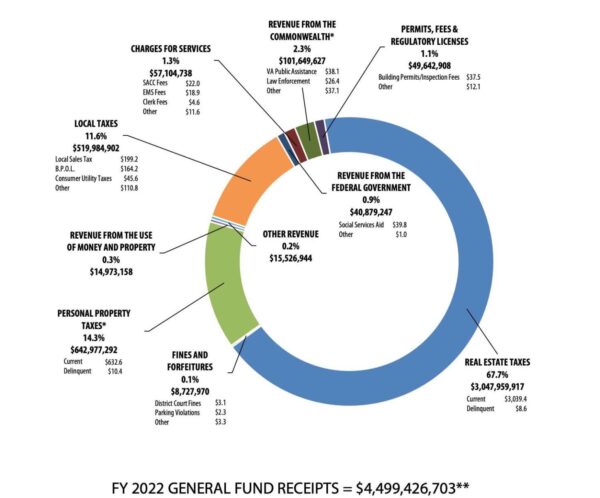 But where does this tax revenue go?

After schools, which receive slightly more than half of the general fund disbursements, the county’s next two largest allocations go to public safety, including police and fire, and health and welfare, including family and neighborhood services.

Within those areas, much of the recurring spending is tied to personnel, both existing staff and requests for additional hires. The county government says an additional 109 positions are needed to staff new facilities and continue initiatives previously funded by grants and stimulus funding.

The proposed budget adds seven positions to the county’s opioid task force and five positions for the Diversion First initiative.

Police and fire are the biggest drivers of the public safety budget, each accounting for around 41% of expenses, or $219 and $218 million, respectively. Overall, public safety accounts for 33% of the total general fund direct expenditures of $1.6 billion. Fairfax County lands in the middle of Virginia localities for how much it spends per person on public safety ($671 per person). 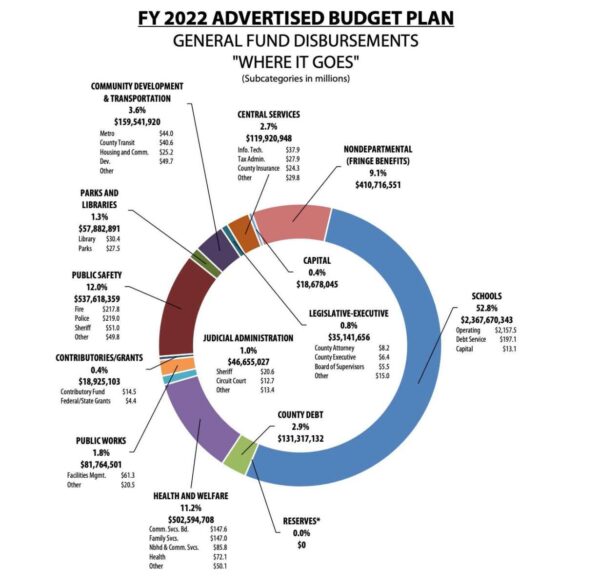 When it comes to health and welfare, the biggest driver is the Department of Family Services, which takes up $147 million, or nearly 50% of the budget. This department includes domestic violence services and childcare services, among myriad other programs. Following that are the Department of Neighborhood and Community Services at 28% and the Health Department at 23%.

Driving the increases in health and welfare-related programs is the county’s COVID-19 response, including more nurses and other positions supporting mass vaccination and emergency preparedness efforts.

Health and welfare programs make up about 19% of the general fund direct expenditures. Compared to other jurisdictions in Virginia, Fairfax County has the third-highest spending per person for health and welfare ($562 per person).

Spending for health and welfare programs has fluctuated erratically over the last decade, while for the most part, funding for public safety has steadily grown.

Staffing for public safety increased at a higher rate than the county norm for a number of years, though it has recently leveled out. Health and welfare positions have more closely followed changes to the total number of county employees.