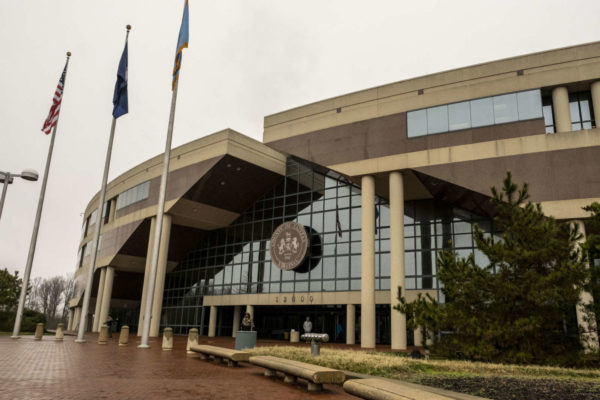 “The events in the last couple of weeks both across the country and in Fairfax made the importance of expanding the police body-worn camera program apparent both for improved public safety and transparency,” Chairman Jeff McKay said in a statement.

Today, the Board of Supervisors approved asking county staff to look for potential revenue sources to implement the second phase of the program as quickly as possible. The county directed staff to report back by June 30 with the funding options and a potential timeline for the rest of the phases.

McKay said that the county wants to resume the implementation of the program’s second phase during the 2021 fiscal year.

Earlier this year, the county board delayed funding for the phased program due to budget challenges posed by COVID-19, but still kept an increase of $1.77 million for the first phase of the program.

The motion follows recent calls from several supervisors, including Walter Alcorn and John Foust, to continue the program in the other parts of the county.

County officials are looking for ways to move forward with the program in response to rising concerns about police transparency and use of force following the killing of George Floyd in Minneapolis and a Fairfax County police officer allegedly assaulting a black man in the Mount Vernon area. The Fairfax County officer is facing three counts of misdemeanor assault and battery.

Mount Vernon District Supervisor Dan Storck said that he was initially willing to delay the cameras before, but now said he sees an immediate need for them.

Storck noted that the body-worn camera footage of the Mount Vernon incident, which the police department released on Sunday (June 7), “dramatically changed” conversations between the police and the community.

Storck added that the police officers he’s spoken to support the cameras.

“I join my colleagues in deep disappointment in what we saw on that police camera this weekend,” Providence District Supervisor Dalia Palchik said. “It shows that it works.”

McKay mentioned said that the action of a handful of officers “is not indicative” of the thousands of officers in the Fairfax County Police Department, calling the police department “committed” and “well trained.”

He thanked both the police chief and commonwealth’s attorney for their “quick response” to the incident.

Work to speed up the police cameras is one of several steps the county is taking to address inequity.

“There is no one policy or program we can enact today that will solve every issue,” McKay said, pointing to previous efforts like adding the county’s Police Civilian Review Panel and independent police auditor.

The Board of Supervisors also announced today a new equity task force. “We know this is an issue that requires constant vigilance,” McKay said.

“The Chairman’s Taskforce on Equity and Opportunity will explore the range of situations and conditions that contribute to disproportionate trends, facilitate shared responsibility and collective action, build on the strengths of our community and lift up solutions to make all residents and neighborhoods more resilient,” according to county documents.

McKay said that the task force will be coordinated by Karla Bruce, the county’s chief equity officer, and her staff with his office. Costs will be absorbed within the existing budget, McKay said.

Each supervisor will provide recommendations for who should serve on the task force, McKay said. The goal is for a geographically and demographically balanced membership “to make sure this group is attempting to represent this county as a whole,” he said.

The task force is expected to present a preliminary report to McKay in December, followed by final recommendations by the end of June 2021.

Palchik noted that the county took the “first step forward as we battle through this crisis,” adding that she wants the county to address housing and pre-K programs to combat inequity.

“Racial injustice is finally at the forefront of the country’s dialogue,” Palchik said in a statement after the meeting.