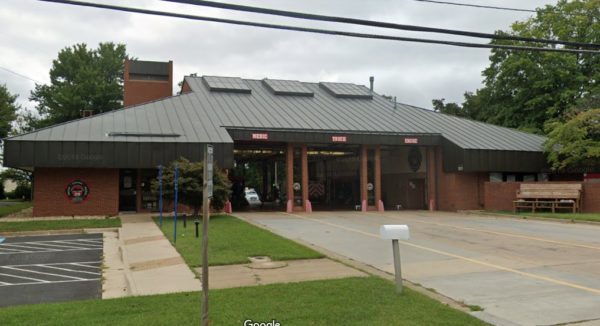 The Fairfax County Board of Supervisors voted unanimously and without discussion on Tuesday (Dec. 1) to begin the procurement process to find a contractor to build a new Tysons Fire and Rescue Station.

After occupying 1560 Spring Hill Road for 40 years, the new Fire Station 29 will be located at 8300 Jones Branch Drive in McLean, where it will share the site with the Tysons West Park Transit Station.

The new station will be approximately 20,000 square feet in size with five bays. The current station only has three bays.

As part of the project, Fairfax County is planning to add a seven-bay bus transit facility to the Tysons West Park Transit Station. DPWES is also coordinating with the Fairfax County Department of Transportation on the construction of a future ramp through the site that will connect Jones Branch Drive with the Dulles Toll Road.

The county has approved a $15 million construction budget, estimating that the total cost of the project will be $20 million.

Plans to replace Tysons Fire Station 29 have been in the works for almost a decade since the county initially negotiated a proffer to move the station to the bottom floor of a mixed-use high-rise building in 2011.

After those plans fell through, Fairfax County opted to use an off-site alternative clause in 2016 that would allow it to construct a new station when needed instead of waiting for development. The Tysons West Park Transit Station emerged as the most appropriate location.

“The original fire station no longer meets the needs of the community or the Fairfax County Fire and Rescue Department,” Providence District Supervisor Dalia Palchik said. “The larger replacement fire station will have the capacity to add emergency response units in order to best serve the Tysons region, which is one of the fastest growing areas in Fairfax County.”