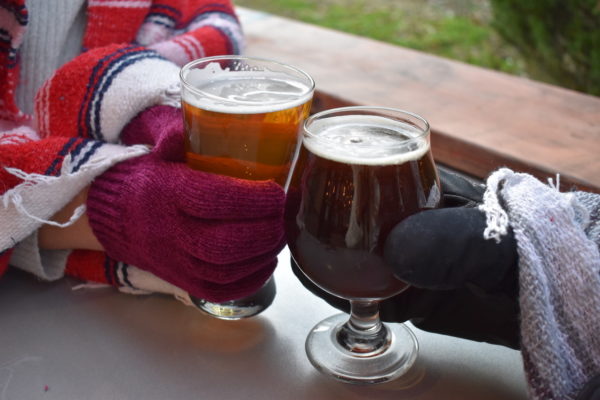 Since COVID-19 arrived in Fairfax County in March, creativity and community support have become critical for the many local businesses hustling to survive in a world where crowds and social interactions carry public health risks.

The Caboose Brewing Company hopes to harness both forces – innovation and the loyalty of its regular customers – by introducing beer, soup, and coffee subscriptions in time for the holiday season.

Owner of Caboose Tavern in Vienna and Caboose Commons in Merrifield, Caboose officially announced this morning (Wednesday) that customers who buy a Souper Sunday Subscription will get two quarts of soup delivered to them for free every Sunday for the next four weeks.

A subscription purchase will include discounts on packer and growler beer glasses. The soups will also be available for sale a la carte.

However, Caboose’s centerpiece offering is the 2021 Caboose Barrel Club, a year-long subscription that will give buyers access to eight brand-new barrel-aged or barrel-fermented beers developed by the brewery.

“We’ve been wanting to do more exciting releases and really cater towards kind of our number-one fans, the people that are buying all of our new releases and the real beer nerds out there,” Caboose Head Brewer Matt Furda said. “…This subscription really caters toward those people.”

Club subscribers will receive a four pack of beer roughly every other month throughout 2021, along with perks such as virtual tastings with Furda for each new release, 10% off dine-in draft beer at Caboose Commons and Caboose Tavern, and a fee waiver for a space reservation for a party of up to 30 people.

According to Caboose’s website, the eight beers in the series will be:

The brews are all completely new for Caboose and will be produced in limited quantities. Barrel Club subscriptions will be available for purchase throughout December for $300.

According to Furda, the idea for the Barrel Club grew out of Caboose’s other efforts to adapt its business model to the restrictions imposed by the pandemic.

In addition to offering grocery deliveries and opening up its parking lots to allow for socially distanced seating, Caboose started hosting virtual happy hours and developed a community hops program where people helped grow hops that were then used in one of the brewery’s beers.

“This barrel club again is kind of a way to connect with our community, with our most dedicated fans,” Furda said.

Courtney Beazell, events and marketing manager for Caboose, says the brewery will also offer a coffee subscription that will run similarly to the Barrel Club with subscribers getting a certain amount of coffee delivered regularly.

The coffee subscriptions will roll out within the next week, according to Beazell.

“It’ll be another gift-able option for people,” she said. “…We have a lot coming up to keep people busy and keep everything running on our end.”