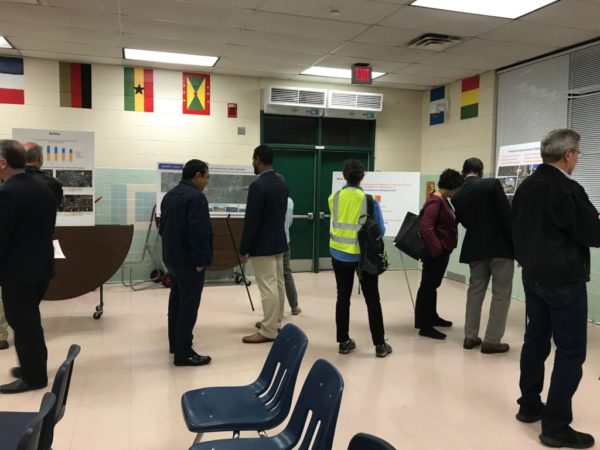 The Virginia Department of Transportation is now soliciting public input on its draft proposals for potential safety and operational improvements on Route 50 until Oct. 30.

Released in an online presentation on Oct. 13, the proposed improvements include:

VDOT says its proposed improvements are primarily designed to reduce pedestrian crashes and improve safety without making significant changes to the roadway. Possible costs range from $2.5 million to $12 million depending on whether they would require any construction. 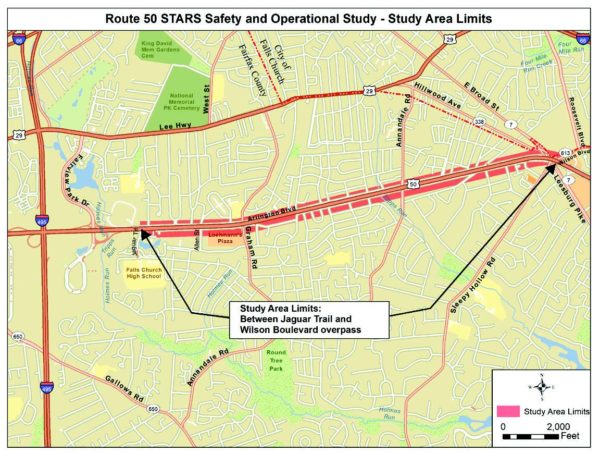 According to VDOT, Route 50 sees over 50,000 vehicles a day on average, and drivers often experience delays during peak hours, especially at the Graham Road and Annandale Road intersections. It also features 10 pedestrian crosswalks and 12 bus stops, while accommodating 60 Metro buses per day during the work week.

The annual crash rate on Route 50 is 32% to 43% higher than the average rate for the other primary highways in Northern Virginia.

“While they were not a large percentage of the reported crashes, pedestrian crashes accounted for many of the fatal crashes and severe-injury crashes in the corridor,” VDOT said in its video presentation.

VDOT had planned to present its initial draft recommendations this past spring, but limitations on large in-person meetings during the COVID-19 pandemic led the department to delay the presentation and deliver it virtually instead.

Community members can provide input on the recommendations by taking an online survey or sending comments to VDOT by email at [email protected] They can also be mailed to VDOT traffic engineer Bobby Mangalath at 4975 Alliance Drive, Fairfax, VA 22030.

A report with the study’s final recommendations is expected to be released this coming winter.

VDOT emphasizes that the purpose of the study, which has a cost of $280,000, is to give Fairfax County options to consider when making funding requests and developing its comprehensive plan, but no decisions will be made on which projects, if any, will be implemented.