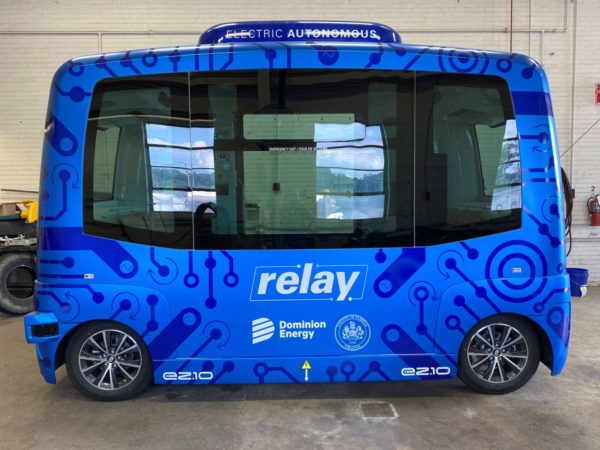 There’s been some progress on plans to start an autonomous shuttle service between the Dunn Loring-Merrifield Metro station and the Mosaic District, but a large percentage of Americans still have concerns about autonomous vehicles.

The shuttle, operated in a partnership between Fairfax County and Dominion Energy, would be the first driverless public transportation in the region and the first state-funded autonomous transportation project in Virginia. The shuttle would be free to ride.

“The shuttle travel between the Dunn Loring Metrorail station and Mosaic in Merrifield,” Fairfax County said on the project website. “Signage has been installed along the testing route. At the conclusion of testing, the route should remain the same.”

The shuttle started testing in July and word on the grapevine is a new announcement about the shuttle is incoming within the next week.

While autonomous vehicles are generally safe, the few incidents of crashes have been high profile cases.