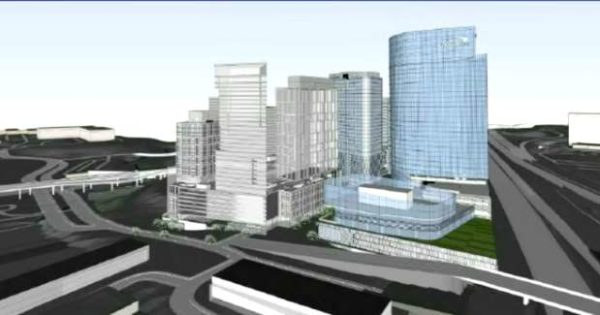 The expansion plans for the Capital One Campus in Tysons may turn out differently than originally expected after the developer approached the Fairfax County Planning Commission last night with new ideas.

Major proposed changes to the plan include the elimination of the planned hotel and the addition of new office space and real estate, which Gregory Riegle, the lawyer representing Capital One, said was requested because of changes to the market.

“Candidly, the hotel industry in Tysons and the Northern Virginia area had a number of challenges in terms of oversupply even before the pandemic. The intervening circumstances have only exacerbated those realities,” Riegle said.

“The overall master plan of the campus remains the same,” Stephen Gardner, a senior planner with Fairfax County, said, adding that the amount of office space will jump to 67%.

Two buildings would slightly decrease in height if this adjustment is approved, while another building would increase its height to 305 feet, which is equivalent to roughly 28 stories, Gardner said. Open space on the campus would remain the same.

The building with the increased height would include 328,974 square feet of extra floor area.

After a brief discussion, the Planning Commission unanimously voted to favorably recommend the changes to the Board of Supervisors. The county board is set to consider the proposal on July 14.

It is unclear which businesses might take over the additional retail spaces provided by the proposed changes.

“Progress is continuing irrespective of situations with the pandemic and associated issues,” Riegle said, adding that the Wegmans is expected to be completed later in 2020, while the performing arts center will likely be done in 2021.