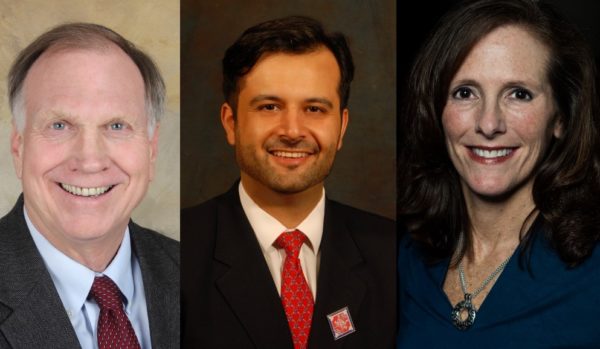 The Town of Vienna is gearing up for its election in a few months.

Recently, the filing deadline passed for people looking to run for the Town Council. Tysons Reporter has information below on who the candidates are, when debates are scheduled and how to ask questions.

DiRocco, who has been the town’s mayor since 2014, announced in December that she will not seek re-election.

Linda Colbert has been on the council since 2014 and has previously served on the Transportation Safety Commission and Hunter Mill Transportation Advisory Council, according to her town bio.

“I am running for Mayor of Vienna to advocate for Vienna residents, to preserve our neighborhoods, and to improve our commercial areas to create a more vibrant and economically viable main street that our residents will use with pride,” according to a statement on her Facebook page.

Pasha Majdi is running on a platform to “keep [Vienna] a small town.”

He was first elected to the council in 2014 after serving on the Town Business Liaison Committee, according to his town bio.

“Vienna should be an independent, green oasis that is a sharp contrast to Tysons, not a housing district for Tysons,” he said in his campaign announcement.

Howard Springsteen is also running on a platform to maintain the “small-town feel” of Vienna.

Springsteen was first elected to the Town Council in 2009 and has served on the Transportation Safety Commission for eight years, according to his town bio.

“I have a reputation for getting things done and focusing on residents’ concerns and issues,” Springsteen said. “I think Vienna should be determined by taxpaying residents and not non-tax paying developers.”

The terms for both Majdi and Colbert expire in June this year, while Springsteen’s term expires in June 2021.

Depending on the mayoral election, either two or three council seats will be open.

Vienna Town Councilmember Douglas Noble, who has been on the council since 2016, plans to retire after his current term ends on June 30. (The terms for councilmembers Nisha Patel and Steve Potter expire in 2021.)

Voters will be able to pick no more than three of the seven candidates running to be councilmembers, according to the Fairfax County Department of Elections.

Ahead of the election on May 5, several candidate forums will give locals opportunities to hear the candidates debate and answer questions from residents.

Unless canceled or postponed due to the coronavirus, here are the scheduled forums, according to the Vienna Business Association (VBA):

Tysons Reporter will also reach out to the candidates for Q&As that will be published this spring ahead of the election.

If you have a question you would like the Tysons Reporter team to consider asking, please let us know in the comments below or on our social media pages.

Images via Town of Vienna