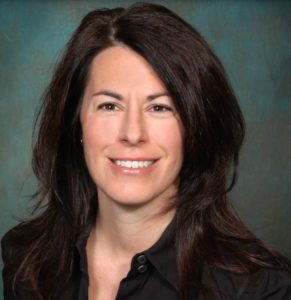 Mayor Laurie DiRocco announced last night that she will not seek re-election in 2020 in the Town of Vienna.

“After great thought and reflection, I have decided not to seek a fourth term as mayor,” DiRocco said at the Town Council meeting last night (Monday).

A resident of Vienna since 1995, DiRocco was first elected to the Town Council in 2009 and has been mayor since 2014.

“I have served on the council for over a decade and served on town boards and commissions for six years prior to that, so after 17 years of service to the town, I would like to start a new chapter in my life and pursue some other interests,” DiRocco said.

DiRocco said that when she was first appointed to the Transportation Safety Commission for 17 years, she did not plan to run for elected office.

“I never really thought of myself as a politician,” DiRocco said, thanking former Mayor M. Jane Seeman for encouraging her to run for mayor.

DiRocco also thanked volunteers, staffers and supporters in the town.

“I am so grateful to the many citizens who have supported me over the years,” DiRocco said. “I am very humbled by it because many of you are so active and involved yourselves.”

While DiRocco noted that there has been disagreement over commercial redevelopment in the town, she lauded the town’s operations

DiRocco did not elaborate on her plans for after her term ends, but she did say that for her last six months in office she plans to push for a parking structure for Church Street.

“The Town of Vienna is in a very positive state,” DiRocco said.

The next election for the Town of Vienna is in May 2020.