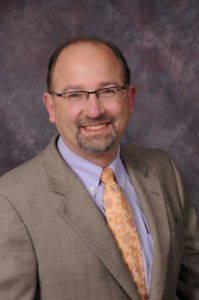 Vienna Town Councilmember Douglas Noble announced earlier this week that he plans to retire after his current term ends.

Noble was first elected to Town Council in May 2016, according to his town bio. His term expires on June 30.

Noble told the Town Council on Monday that he’s been helping with mom’s knee replacement rehabilitation, along with assisting his wife with an aunt who has Alzheimer’s disease and helping dad publish a photography book.

“I note this not without a touch of irony, considering last week I was accused of being ageist and discriminatory by a member of a public,” Noble said. “And I guess public officials should simply accept that people attack us personally.”

Noble has several things he’d like to see the Town Council accomplish in the next two years.

“I need to get the zoning code update right and we need to get it finished,” Noble said, adding that he also wants to see updates to the comprehensive plan.

He said he’d also like the town’s performance dashboard to be online and move projects and studies forward more quickly.

“And lastly, in the next couple years — four years, 10 years — we need to have a real conversation about this small town thing,” Noble said. “We need to come to grips with the idea that we haven’t really been a small town since the 1950s.”

Noble said some of the highlights of his time on the council have included the Vienna Community Center getting finished, the new police station started, expanded community events and added town positions.

Noble’s announcement means that at least three new faces will join the council later this year.

The terms for Majdi and Colbert both expire this year, while Springsteen’s current term ends next year.