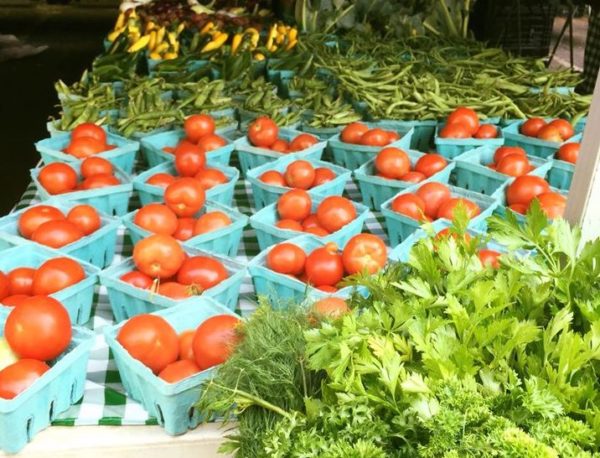 Though some markets are seeded in tradition, with founding dates over 30 years ago, there are several new options for shoppers that only popped up in the last year or so.

Tysons Reporter rounded up places — including a few year-round markets — where shoppers can score fresh food and locally-sourced items.

The Falls Church Farmers Market at the City Hall parking lot (300 Park Ave) is open year-round and offers shoppers choices from more than 50 vendors, according to the City of Falls Church’s website.

The Vienna Farmers Market exclusively offers locally-sourced items, according to its website.

“The Vienna Farmers Market is a Certified Farmers Market, meaning that our farmers can provide proof of local produce and take pride in that they have produced the products available for sale,” according to the website.

The seasonal market will operate from May through the end of October for the 2020 season, the website said, adding that hours of operation will be 8 a.m. until noon each Saturday at the Vienna Community Center (120 Cherry Street SE).

NOVA Central Farm Market is part of a larger network of year-round markets around the area including ones in Bethesda and Westfield.

FARMFRESH Mosaic began last year and is located in the Mosaic District (2910 District Ave) on Sundays. It is open year-round but hours of operation vary depending on the season.

The Tysons Farmers Market will take place seasonally beginning June 2 at The Plaza in front of Tysons Corner Center on Sundays from 10 a.m. until 2 p.m, its website said. Programming at the market will also be family-friendly, according to the page.

This year, the McLean Farmers Market will be open from May 8 through Nov. 13 in Lewinsville Park (1659 Chainbridge Road). Every Friday, vendors will offer an array of locally grown vegetables, fruits, meats, freshly baked bread and other local products from 8 a.m. until noon, according to Fairfax County.

This specific market became a tradition in the area after its founding in 1980, according to the website, which added that many vendors have been setting up shop each season for over 30 years.