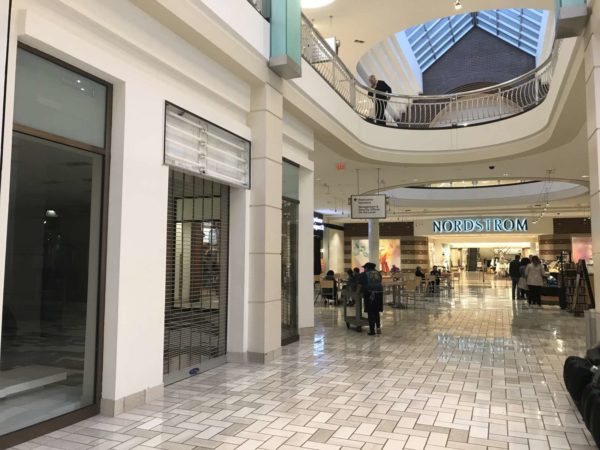 Luggage Plus isn’t currently open in Tysons Corner Center, but the store plans to soon return to the mall.

The store was located in a spot on the first level near Nordstrom. When Tysons Reporter stopped by earlier this week, the space was empty and locked up.

An employee at the Luggage Plus store in the Fashion Centre at Pentagon City said that the store closed to move to a different spot in the Tysons mall. The employee said shoppers can expect the new store to open in a few weeks.

A spokesperson for the mall confirmed to Tysons Reporter that the mall is working with Luggage Plus to finalize an alternate, permanent location, saying that the former space was a temporary lease.