Police arrested a Falls Church resident who works for the Town of Vienna for allegedly having child pornography. 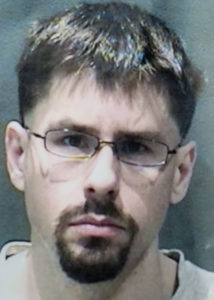 City of Falls Church police arrested 36-year-old Tyler Weepie this morning (Tuesday) and charged him with four counts of possession of child pornography, the city said in a press release.

Weepie has worked as an engineering technician for the Town of Vienna since 2016, according to a Vienna press release, which said that Weepie has been placed on administrative leave.

Officers participating in the regional Internet Crimes Against Children Task Force made the arrest, according to the City of Falls Church.

“We’re obviously disappointed and disturbed by this news,” Vienna Town Manager Mercury Payton said in a statement. “We support the important work of the ICAC task force and have zero tolerance for crimes against children.”

Currently, Weepie is being held without bond in in the Arlington County Jail, the press releases said.

Alan Tabish pleaded guilty to possession of child pornography and the attempted transfer of obscene material to minors and will be sentenced on June 23, facing 7 to 12 years in prison, according to a press release.