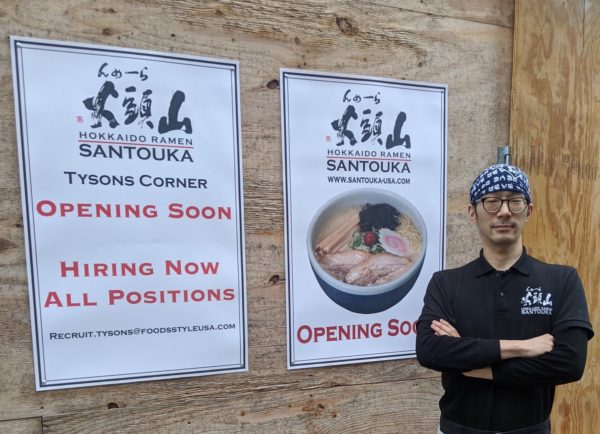 An international ramen restaurant plans to open next month in The Boro in Tysons.

Diners can try authentic ramen and other Japenese cuisines at Hokkaido Ramen Santouka (1636 Boro Place) once it opens in March, according to the website.

“The Santouka restaurant will be the first ramen restaurant from Japan to open in Virginia, as well as their first foray into the greater Washington D.C. area,” a press release said, adding that this will mark Santouka’s 61st location around the world.

Menu items will include the restaurant’s tonkotsu soup, gyoza, karaage-style fried chicken and desserts, according to the press release.

“To make our signature tonkotsu broth, we simmer pork bones for about 20 hours over the low heat until it becomes pearly white and then add the vegetables, dried fish, kelp and other savory ingredients to it,” the location’s Facebook page said.

Reservations will not be available at this location, according to the website, which added that there are only dine-in options — no takeout.