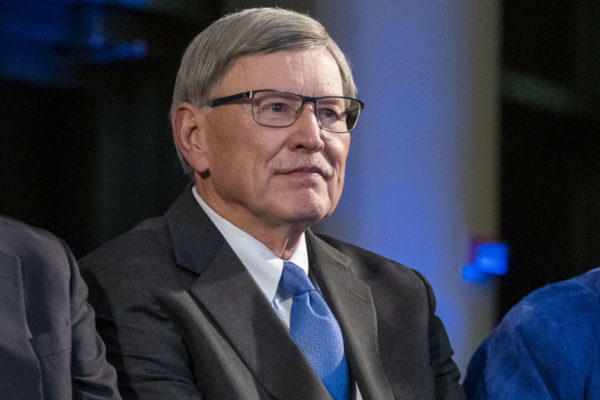 Dranesville District Supervisor John Foust said he’s supportive of plans to extend the express lanes on I-495, but has major concerns about the timing of the project with Maryland’s piece.

The I-495 Northern Extension Project would expand express lanes from the Dulles Toll Road to the George Washington Memorial Parkway, replace overpasses and noise walls and add a shared-use path. The project could save drivers up to 25 minutes during peak-hour commute times, according to the presentation given at the meeting.

Toll revenues are expected to support the cost of the project, according to the presentation.

Maryland is currently evaluating its options to rebuild and widen the American Legion Bridge, Susan Shaw, from the Virginia Department of Transportation, told the Fairfax County Board of Supervisors.

Preliminarily, construction could start on Virginia’s portion of the project in 2021 and take three years to finish, Shaw said.

“Obviously, solving the congestion issues at the American Legion bridge are just absolutely essential that we do that,” Foust said at the Transportation Committee meeting on Tuesday. “This project doesn’t solve the congestion problems.”

While Foust said that the project is a “necessary piece of the puzzle that will do that,” he said that most of the relief will come from increasing capacity and widening the Beltway from Maryland.

Foust said he thinks it would be a “huge mistake” to start the Virginia part of the project before it can get aligned with Maryland’s timeframe.

“Timing is everything here,” Foust said. “You’ve got to get this coordinated better with what they’re doing in Maryland or a bad situation is going to get worse.”

A public meeting on the project is set for March 12 at Langley High School (6520 Georgetown Pike) from 6:30 to 8:30 p.m. Public comments will be accepted through March 30, although Shaw said the public can reach out anytime after that.

“You want to extend the express lanes, but that’s not a good enough public purpose reason for doing this,” Foust said.