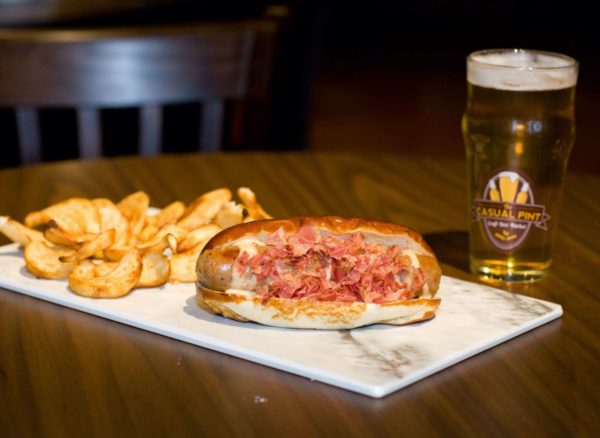 Updated 1/10/20 — The Casual Pint has delayed its opening to later this month.

Earlier: Hungry for more food options around Tysons? Foodies are in luck — several eateries are set to debut this winter.

In Falls Church, The Casual Pint, a chain watering hole, is scheduled to open this month. The owner of the local franchise told Tysons Reporter that he plans to have a ribbon-cutting ceremony on Friday, Jan. 17 at 6410 Arlington Blvd.

Jersey Mike’s is opening a new spot at 1108-A West Broad Street in Falls Plaza on Wednesday (Jan. 8), according to the sandwich chain’s website.

Over in Tysons, North Italia, an Italian restaurant chain, plans to open Feb. 5 at 1651 Boro Place. The restaurant would be the latest of several newcomers to The Boro development — Flower Child and Whole Food’s food hall and bar opened last year. For job seekers, there’s an ongoing job fair at the restaurant.

In the Town of Vienna, a new tavern is revamping a building along Maple Avenue. Bear Branch Tavern is set to open this winter with two bars, a patio, indoor and outdoor fire pits, an oyster bar, frozen drink machines and bike racks at 133 E. Maple Avenue.

While not a restaurant, Black Dog Beer Shop is set to start selling craft beers near the Dunn Loring-Merrifield Metro station in February. The owner told Tysons Reporter in December that the new store plans to debut at 2672M Avenir Place in early February.

Photo via The Casual Pint/Facebook