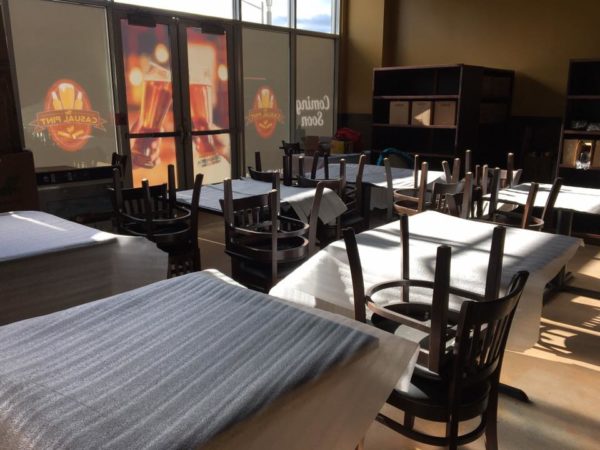 The Casual Pint, a chain watering hole, will finally open its doors in Falls Church (6410 Arlington Blvd) just after the new year.

The location’s opening date is set for Thursday (Jan. 9) with a grand opening party and ribbon cutting on Friday (Jan. 17), according to the bar’s owner Darren McClure.

The original opening date was pushed back from December because of a delay in county inspections, according to the company’s Facebook page.

“We decided to wait until after the holidays,” McClure said. “We are excited to get going.”

McClure said he plans to invite Falls Church City Council Members to the ribbon-cutting on Jan. 17.

Free growlers await the first 50 attendees that day and there will be a variety of other prizes up for grabs, he said.

There will be around 34 craft beers on tap, according to McClure, adding that he is in the process of forming agreements with local brewers.

“We want to represent the whole area,” he said.

The location will accommodate around 60 people at one time, McClure said. Both indoor and covered outdoor seating will be available.

Photo via The Casual Pint/Facebook

Read more →
More Stories
North Italia, Fish Taco to Open Early Next Year in The BoroPoll: What Are Your Holiday Travel Plans?