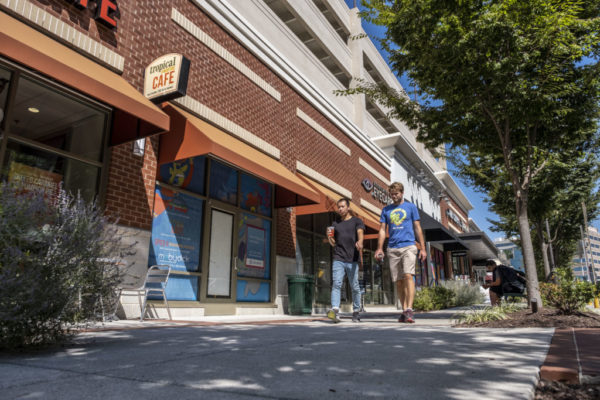 Black Dog Beer Shop, a craft beer store inspired by the owner’s dog, is gearing up to open next year in Avenir Place.

Owner Tyler Cohen told Tysons Reporter that the shop is planning to open in early February — about a year after Cohen started work on the new store.

Cohen, who lives in the Mosaic District, said that he originally picked a location that was closer to his residence, but that his idea didn’t fit the landlord’s vision of a bar or restaurant.

“That fell through, but I’m glad it did,” he said.

Even though the Dunn Loring-Merrifield Metro station and other Orange Line stations in NoVa are set to close temporarily next summer, Cohen said he still thinks the spot he nabbed at 2672M Avenir Place will add to the restaurants and townhouses already there.

Cohen is also happy about the discounted rent on the spot “because it had a column in it.”

“The goal of Black Dog Beer Shop is to provide a craft beer store with a large variety of local craft beers,” according to the beer shop’s website. People can expect to find local brews, including Port City Brewing, Aslin Beer Co. and Ornery Beer Company, along with taps for growler fill-ups.

The website says that he is opening the store because “I wanted a place to grab a beer with my dog.” 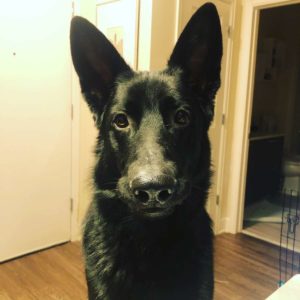 Cohen told Tysons Reporter that he struggled to come up with a name for the store and his limited liability company, ultimately deciding on “Black Dog Beer Shop” to honor his dog, Ash.

“I think they just, like, go together,” he said. “Dogs and beer is the thing.”

Ash is a fan of beer and will go “snout first into my thing of beer,” Cohen said, adding that his dog’s German ancestry must be influencing the pup’s taste buds.

To gear up for his opening, Cohen has been visiting breweries across Virginia and detailing the tours on the website’s blog. Recently, he’s been to Port City Brewing Company and Settle Down Easy Brewing Co.

Cohen has also hired a store manager and assistant store manager, both of whom are “beer sommeliers,” Cohen said.

Ultimately, Cohen said that he hopes to grow the store and expand to North Carolina and Maryland.

But for now, he’s aiming for a “walkable neighborhood beer store” that will attract craft brew lovers and newcomers.

“I see the main customers as two types of people — serious beer lovers who want to try all sorts of different stuff, the  “beer explorer” — and the other type we want to capture is those just starting off drinking macro-brews and want to explore micro-breweries but don’t know where to start.”